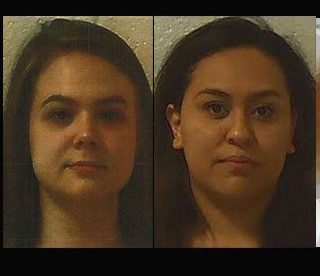 One of the biggest decisions an adult child may make is placing an elderly parent in a nursing home. So many stories are heard about elderly patients who are abused and neglected by staff. It often leads to a person’s last days being filled with pain and misery before death. But the actions of three young nurses in Jefferson, Georgia, go beyond the inexcusable to the downright criminal, according to the recently released news.

Back on June 13, 2018, an unidentified resident at Bentley Senior Living Facility suffered a stroke. The Atlanta Journal-Constitution reports that on duty at the time were Jorden Lanah Bruce, 21, Mya Janai Moss, 21, and Lizeth Jocelyn Cervantez Ramirez, 19. The three young nurses were ordered to monitor and care for the patient until a senior hospice nurse could get to the room. A spokesperson for the facility stated, “It was going to be an extensive time before the hospice nurse could be there, so these three employees were supposed to closely monitor the patient.” But the nurses took this time instead to pull out a vape pen, make jokes and record a Snapchat video. There is no indication that anyone called 911 to respond to the patient’s stroke.

The nurses titled the video of the dying stroke patient’s last moments on earth as “The End” and could be heard laughing and making jokes as police say the vape pen was passed around. But the nurses made another flawed error in judgment when they thought the video was worthy of sharing and showed a fellow nurse. That unidentified nurse was outraged and reported the incident to a supervisor. Local law enforcement was notified and all three nurses were arrested and charged with exploiting an elderly and disabled person.