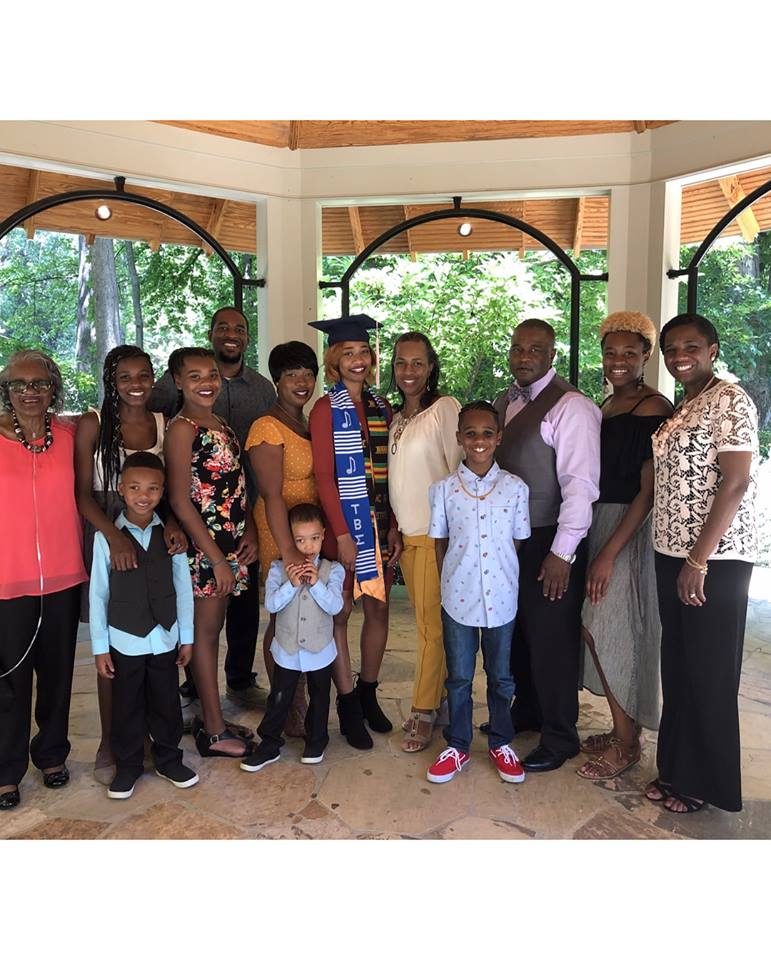 (Photo courtesy of Jasemine Nelson, pictured here in May with family at her graduation from North Carolina A&T State University.)

Imagine taking a road trip with your family. You stop at a fast-food restaurant to grab a quick bite to eat. After you finish eating, make a final trip to the restroom and walk outside the establishment, you are stopped by the police.

Jasemine Nelson, a graduate of North Carolina A&T State University in May, and her family experienced such an ordeal while traveling recently from Columbus, Georgia, to Raleigh, North Carolina.

Nelson and her family, including children as young as 12 years old, stopped at a Subway restaurant in Newnan, Georgia, to grab dinner and rest before hitting the road again. However, a White female manager at the Subway, who said she felt threatened by Nelson and her family, called the police on the hungry travelers.

Nelson and her family were racially profiled for eating at Subway while Black.

Though the officer didn’t arrest Nelson or anyone else in her party, it was still a troubling ordeal to experience. Nelson spoke with rolling out and shared her thoughts on being racially profiled.

Take me back to the day you and your family stopped at the Subway in Newnan, Georgia. Why were you all traveling?

We were coming from Columbus, Georgia. That’s where we are from, and we were celebrating my grandmother’s birthday that weekend. We were on our way back to North Carolina. We were just riding, and my niece needed to use the restroom. We decided to find somewhere to eat, and that’s when we decided to stop at the Subway.

What did you all notice once inside of the Subway?

My sister and my brother-in-law were at the register, and it was a Black employee and a White employee whose name was Sandra. And we did notice that Sandra was talking to the Black employee. She was not really yelling at her, but she was kind of talking to her in an aggressive tone.

Did Sandra say anything to you while you were eating?

No one ever came over there to us. We just sat at the table and ate our food like normal. I think she had [gone] to the back of the restaurant a few times, and nobody ever actually came up to us and said anything.

When did the police arrive?

We were in there eating for about an hour. Before we were getting ready to leave, we all went to the bathroom for one last time. My brother-in-law heard Sandra on the phone mumbling under her breath when we were walking out of the door saying, “They’re leaving now.” When we walked outside, the police showed up, and we didn’t really know what was going on.

What did the police officer say once he arrived?

He was just asking what was going on. The police eventually went inside of the restaurant and talked with Sandra and my brother-in-law. Sandra was getting an attitude with my brother-in-law when he asked her if there was a problem. She really couldn’t give a definite answer. That’s when the officer told my brother-in-law to walk back outside. When the officer came back outside, he was like, Sandra said that we looked suspicious and that we made her feel uncomfortable. She said that she had been robbed before and felt that we would possibly rob her as well.

And there were kids with you?

And the owner later apologized, correct?

How did you feel about the Subway worker who called the police on your family?

In regards to the Subway worker who made the call [to police], I feel like she needs to look within herself to realize that what she did was wrong and how it affected my family and [me]. I do not feel any hate or anger towards her. I just hope that she is able to become a more open-minded and well-rounded person.

Did the incident change your perspective on racism?

The incident didn’t really change my perspective of racism. We all know that it exists, and it is unfortunate that it is still a prominent thing today. I think it just made me realize that change in this world still needs to happen to prevent situations such as this.

How did the experience affect the kids?

I definitely think they were traumatized in some way. You could see it all over their faces. One was crying, others were just staring in disbelief and confused as to why something like that happened to us. It was very uncomfortable to see them like that, but I do believe that they were also able to learn from the situation.

Was that your first time encountering racial profiling?

That was my first incident of being racially profiled, and I hope that it never happens again. I can’t say that I was surprised that it happened, but it was very unexpected. It’s crazy because I just graduated college only two months ago and, unfortunately, an incident like this was my first taste of the real world.