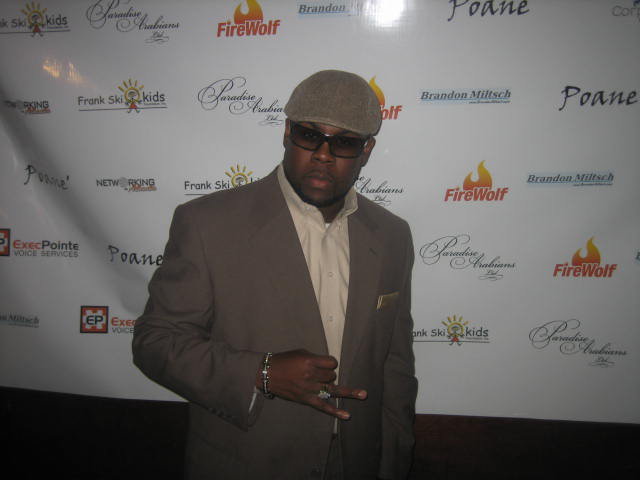 “A small tsunami of the ’90s R&B is slowly but surely rolling upon the shores of the U.S. again.” — Ralph Holland

Hip-hop is dominating the music industry and airwaves. In fact, according to  Nielsen’s 2017 U.S. Music Year-end Report, for the first time ever, the combined R&B/hip-hop genre has surpassed rock as the most popular category among music consumers.

Even though R&B and hip-hop are taking the music industry by storm, the sounds of ’90s R&B musicians like H-Town, Boyz II Men and others have all but disappeared from the mainstream music scene.

Record executive Ralph Holland is working to reverse that trend and bring back the sound of real ’90s R&B to the airwaves. Through the efforts of his Atlanta-based company, Geismarland Music, the music mogul began a campaign called “Keeping R&B Alive” in 2006 to promote awareness among fans, concert and festival promoters, radio programming directors and other music industry leaders about the high demand that exists for R&B and soul music.

Holland made a name for himself by either performing, recording or writing with independent and major record executives, producers and artists such as Gerald Levert, Silk, Changing Faces and many others.

The record executive says he was independent before being independent was a “thing.” During the ’90s, artists were signing deals with major labels such as Universal, Sony, Warner, Def Jam, LaFace/Arista, and Atlantic Records, he said. Today, performers such as Rapsody and Chance The Rapper can find success as independent artists thanks to the power of social media and their ability to set up a website and promote their music through the internet.

In an exclusive interview with rolling out, Holland shared the story behind his business and how he is creating longevity for his love of true R&B and soul music.

How did Geismarland Music come about?

Geismarland Music was founded in 1997 and came about because I had a major deal in the early ’90s. I soon realized that this wouldn’t be beneficial to me. Years later, you would hear stories about what happened to groups like TLC and the folks that are now in my network who were big. A lot of them now have day jobs but still perform. When I was working on an album, I was told that I wasn’t a proven songwriter as of yet.

However, I asked if I could write three or four songs to prove myself or even be put as a co-writer. I knew that would allow me to get some of the royalties and publishing. That was a no go. Immediately, I knew that there would be too many hands in my pocket and that they would get money off of my talent. The advance I got I returned to the label and went independent. Honestly, I’ve been more successful by going independent than some of the major artists that were out.

Other than keeping R&B music alive, what is the legacy that you’re trying to create for the company?

The mission of Geismarland Music is to keep the legacy of R&B and soul music alive. When the 2000s arrived, that R&B and soul sound started to fade. A-market stations slowly started pulling the great R&B hits out of rotation as well as eliminating the “Quiet Storm” radio segments. Growing up in the ’80s and ’90s, you used to be able to get up in the morning and listen to Luther Vandross, Toni Braxton, all the good R&B. To keep that legacy alive is a jewel.

Why did you move the company from Gonzales, Louisiana, to Atlanta in 2006?

For one, my vocal coach was here. I’ve been traveling back and forth for years working with Mama J, who has Jan Smith Studios. So myself, Usher, Monica, Justin Bieber [and] TLC share that same vocal coach. I loved the foundation that was set by LaFace Records, L.A. Reid and Kenneth “Babyface” Edmonds with R&B. I kept an eye on what was going on in Atlanta.  A clear lane was built for R&B out here, I had connections, my vocal coach was out here, so I said let’s go to Atlanta.

Why do you think R&B became less prevalent in the first place?

R&B became less prevalent in the 2000s when adult contemporary stations started shifting. Honestly, we’re still trying to figure out why because the sales were there. If you’re in the R&B sector, we started thinking it was the powers that be, meaning the label heads, had an agenda to break hip-hop artists into the mainstream. Now R&B artists are being featured on hip-hop songs, and it wasn’t like that in previous decades.

What strides is Geismarland Music making to bring R&B back to the forefront due to hip-hop, specifically in Atlanta, dominating the music industry?

Later on, I started partnering with different promoters and some agencies that wanted to do R&B concerts. That’s why you see a lot of R&B concerts and various funk fests around the states because, in the early and mid-2000s, Geismarland Music was that underlying current to keep that going.

Which R&B artists would you work with now and why?

I would want to work with a sister duo called JS. They were called Johnson Sisters, and R. Kelly produced them. They were phenomenal young ladies with great voices. H-Town is still doing their thing and, of course, it would never be the same without the lead singer, Dino, who passed away. I would like to reconnect with them because I used to do shows with them, among others, all the time. I would definitely like to have the conversation started and the possibility of working with H-Town, JS, Tevin Campbell, Hi-Five, Jesse Campbell and Johnny Gill, to name a few.

How did you come to work with entertainment attorney Kendall Minter and vocal coach to the stars Jan “Mama J” Smith?

I ended up working with Kendall by affiliating with people out here in Atlanta. I started asking who is a good attorney here in Atlanta, and Kendall was at the top of the list. We had an initial consultation, and he showed me his “battle scars” where he had to go to court to fight for artists’ royalties, and I knew that he was the guy. I met Mama J at a showcase. We started talking, and I said, “I hear you’re a vocal coach.” So we had an interesting conversation, and she said to come by the studios, and we’ll see what we can do. We’ve been working together for well over two decades.