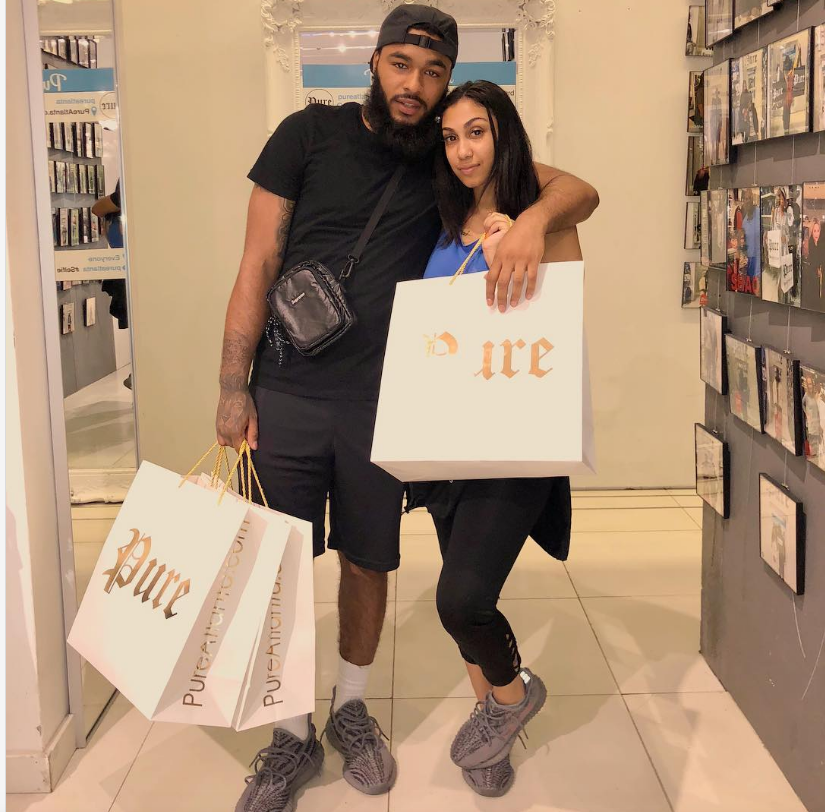 The more that YouTube sensation Queen Naija tried to untangle herself from the colorism web, the more she seemed to get herself twisted up like a pretzel — and Black Twitter was there to steamroll her into the pavement.

Queen Naija, 22, has been getting crushed on the regular ever since she produced a YouTube video in 2017 where she described childhood bullies as “nappy-head black girls” to described mahogany-hued females. Queen Naija has added to her pummeling in an interview with CivilTV saying that, because she is also Black, calling dark-skinned Black girls “nappy-headed” is fair game, particularly when it comes to being bullied.

During the interview, Naija, who released a song called “Medicine” that charted on Billboard and helped her procure 4 million Instagram followers, tried to explain how the whole thing has exploded in her face.

“I did a video with my ex-husband, and we was talking about bullying. And on that video, I said I always got bullied by, like, Black girls, and I mentioned “nappy-headed.” They used to pull my hair, things like that. And those (dark-skinned girls) were the only kind of girls I would get bullied by.”

Naija added that she did not get bullied by White girls or other mixed-raced girls, only darker-hued females with nappy hair. She admits that she chose the wrong words to describe her alleged elementary school tormentors and still identifies herself as “Black” and “mixed.”

“Maybe it’s something I shouldn’t have said. But, I feel like I’m a Black woman, too. I see Black women speak on other Black women all the time. They can call each other nappy-headed this and that — but you won’t call them colorist because they’re [dark-skinned].”

Check out the interview in full below and observe the harsh treatment Naija was subjected to after trying to explain why she is not a “colorist.” 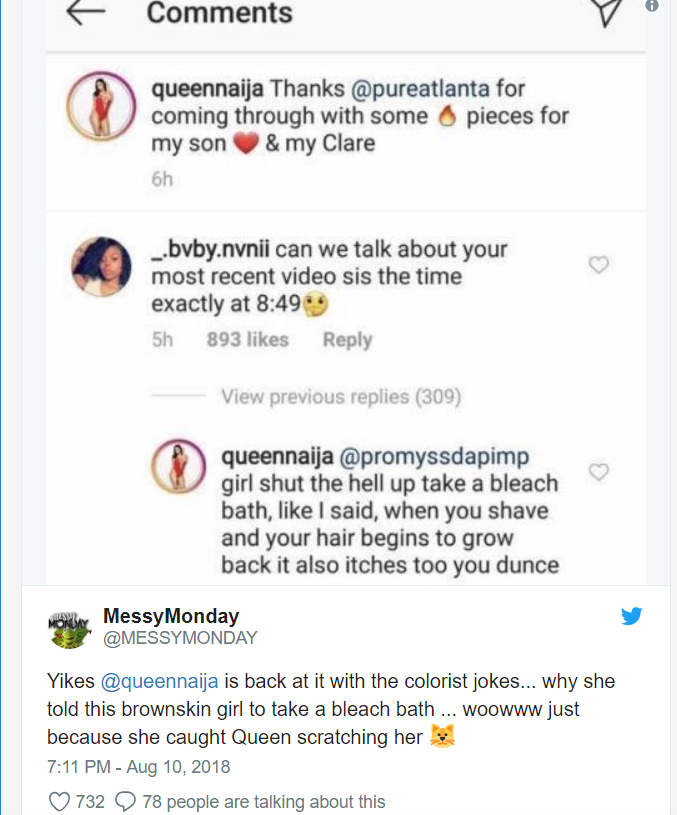 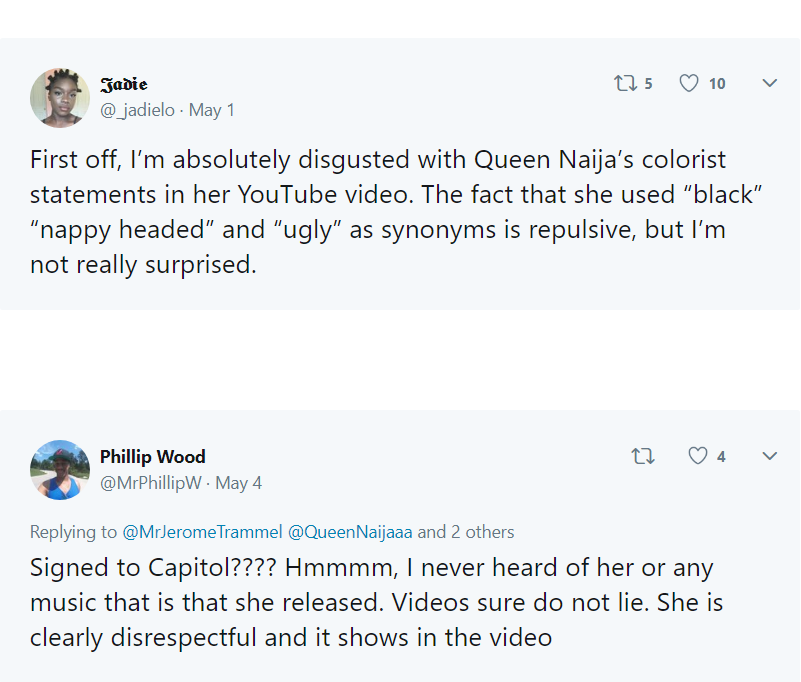 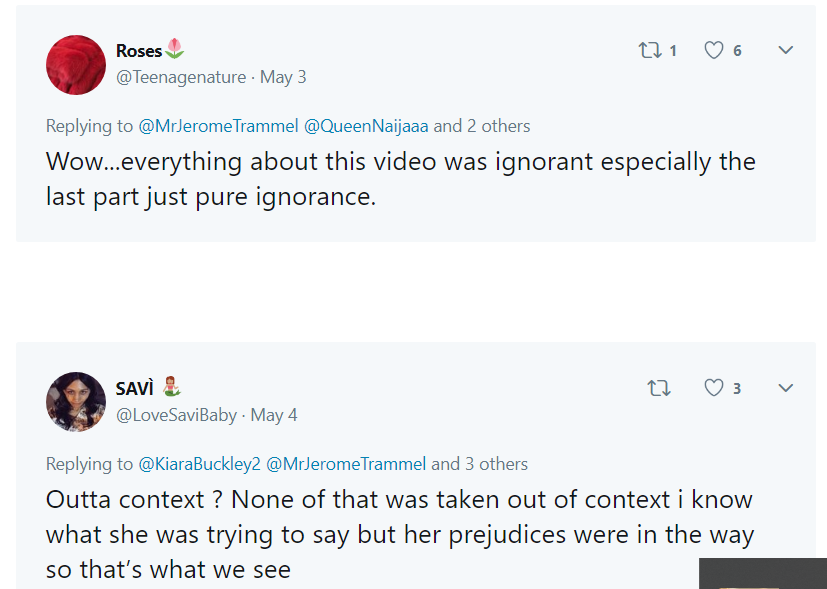 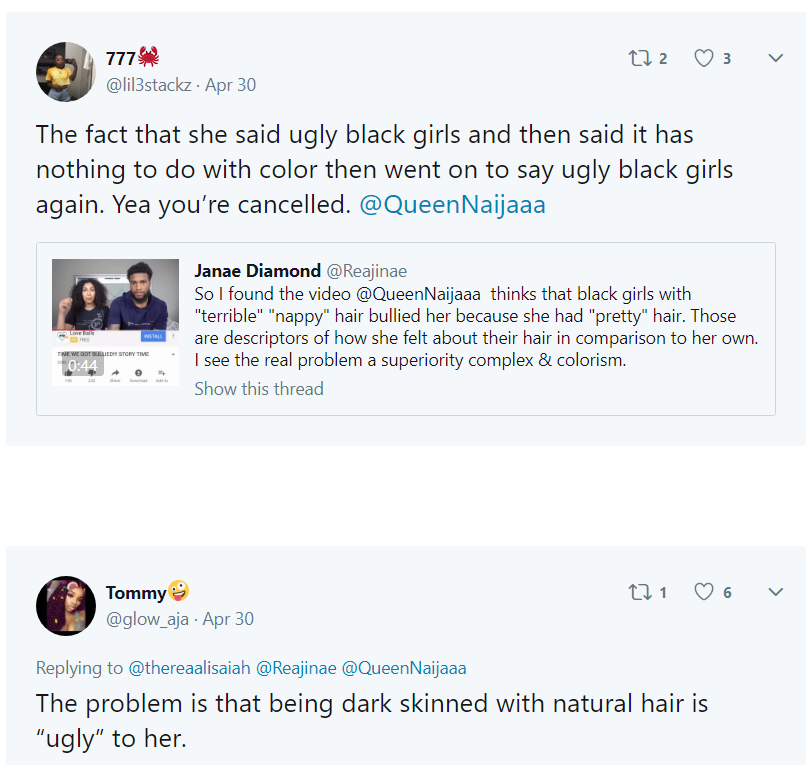