The Canadian rapper is officially putting the Adidas deal rumors to rest. Late Sunday night, the rapper put any speculation of a deal with Adidas aside when he made a post that made it evident that he’s #TeamNike. Drizzy took to Instagram to share a sneak preview of his new Nike Air Max shoe. The base design of the Drake x Nike Air Max Plus resembles the all-black Nike Air Max plus, with a few slight differences. Drake’s sneaker is fully blacked out featuring black and white rope lacing, and a blue accent on the midsole of the shoe. 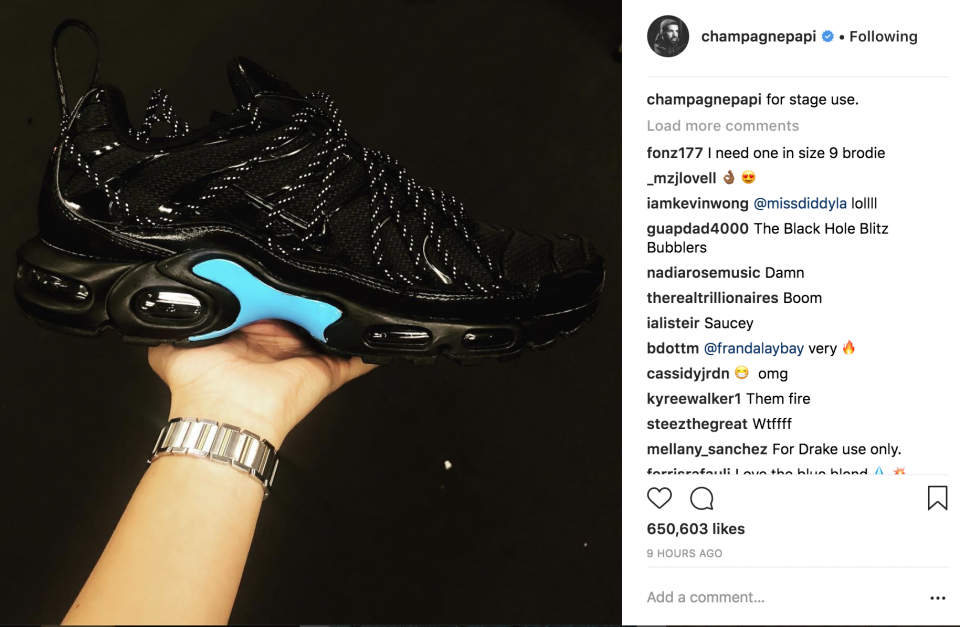 Drake, who is currently on tour with the Migos, made a subtle hint of his preference of Nike on Travis Scott‘s new album Astroworld. Here are Drake’s suggestive lyrics on the song “Sicko Mode”:

It’s now clear that Drake is team Nike and we will be on the lookout for a release date for the new Drake x Nike Air Max Plus.