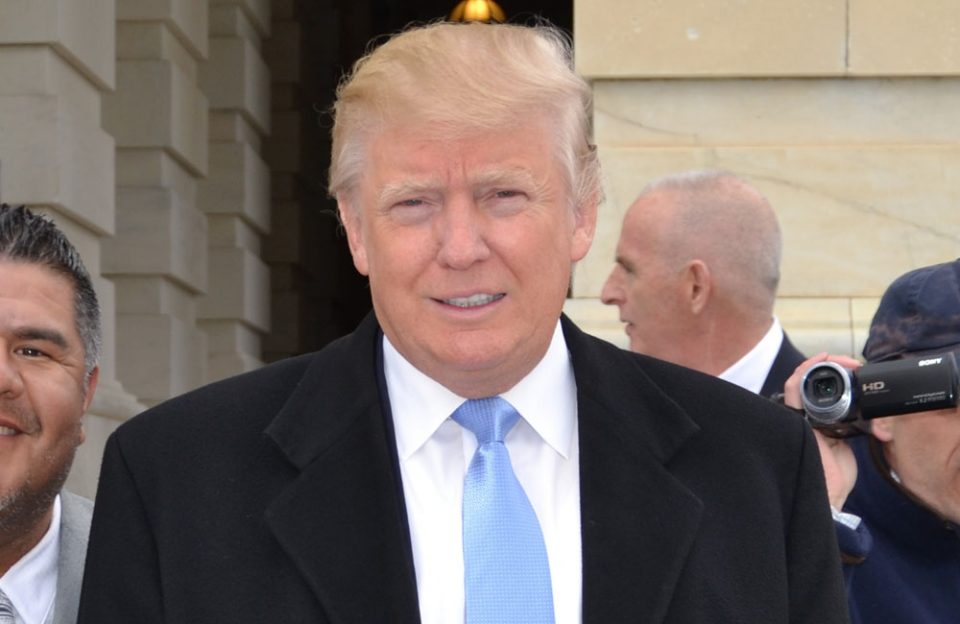 The 72-year-old politician has personally met with Kanye and Kim since becoming president in 2016, and speaking at a fundraising dinner, Trump has again heaped praise on the duo.

“Now we’re doing great and Kanye West liked me and that really lifted my [spirits] … Kanye West has some real power!” Trump said.  “He’s got a good wife too, in Kim, I’ll tell ya. She really is [great].”

Kim, 37, attended a personal meeting with the president at the White House earlier this year, when she asked for clemency for inmate Alice Marie Johnson.

Trump, who ultimately granted clemency to Johnson (who had been serving life without parole for a first-time drug offense), believes Kim did a “great thing.”

Trump also admitted it was beautiful to see Johnson reunited with her family after so long.

“[Johnson] was about 62 or 63 and I gave her a pardon. And she came out of that jail after all of those years and the way she hugged and kissed her family and the way they loved her so much [was wonderful],” he said. “She had some grandchildren, some sons, some grandchildren that were so beautiful, they were grabbing her and it was just a beautiful thing to see, and she was in there for 22 years and that was through Kim Kardashian, so I think it was terrific.”