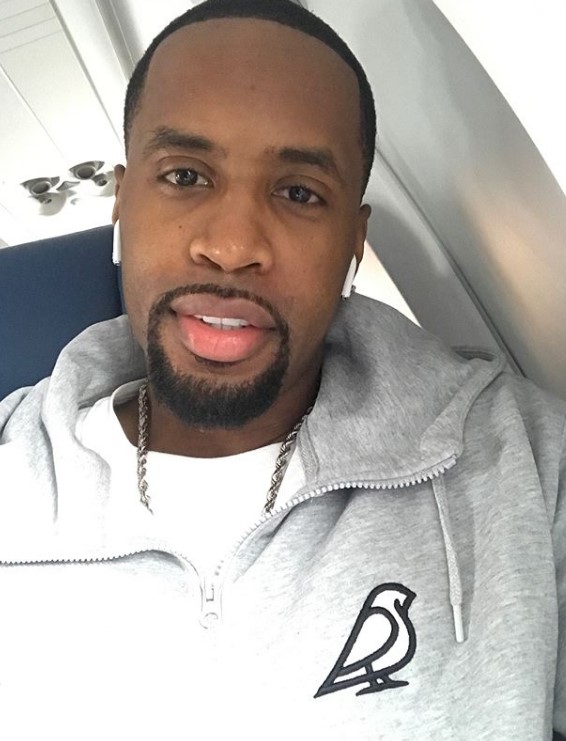 Being the ex-boyfriend of rap queen Nicki Minaj is big business.

Ever since photos of Minaj’s former longtime lover and hype man Safaree Samuel’s  “manhood” were allegedly leaked online, business has been booming for him in the sex industry.

We say “allegedly” because many people question whether the graphic photos were “accidentally” uploaded online without the rapper’s knowledge or permission.

The Pink Barbz’s boyfriend of 12 years is no longer the butt of jokes after he reportedly landed a million-dollar deal with one of the world’s biggest sex toy makers Doc Johnson, TMZ reported. This comes after his vicious Twitter fight with Minaj landed him an offer for an endorsement deal with a “hair club for men.”

Safaree, by the way, became the object of mocking memes and brutal put-downs when he sobbed on “The Breakfast Club” shortly after being robbed at gunpoint in his New York hometown by people he allegedly knew. Shortly thereafter, Safaree was also boo’d off the stage in Brooklyn and had food and cans thrown at him after he got upset when fans were not feeling the release of his latest single “Hunnid.”

His haters are not laughing anymore. The seven-figure deal is with the renowned Doc Johnson, who has over 40 years in the business, making high-quality, hand-crafted sex toys.

The production will begin soon, the entertainment publication states, and the company will be accepting pre-orders this December with the goal of shipping out his specialized sex toy in time for Valentine’s Day.

Safaree, 37, who was born in Marine Park in Brooklyn, New York, told TMZ multiple business offers have come his way since his “Anaconda” (as Nicki Minaj, 35, likes to describe a man’s genitalia in her song of the same title) went public and caused women nationwide to swoon.

Despite business being plentiful, Safaree said these new deals do not mean that he is exploiting his newfound fame for personal gratification. The rapper has proclaimed celibacy until he meets the woman of his dreams.

“I’m so serious when I say the next woman I have sex with will be my wife. I can go ages without sex, I don’t care about it,” he tweeted. “I’m looking for a wife. I want a relationship, something real. If you’re not trying to give that I’ll keep my meat wrapped around my leg 2myself.”

Until then, Safaree plans on finalizing the deal with Doc Johnson with the aid of KD McNair and Britmo Inc.