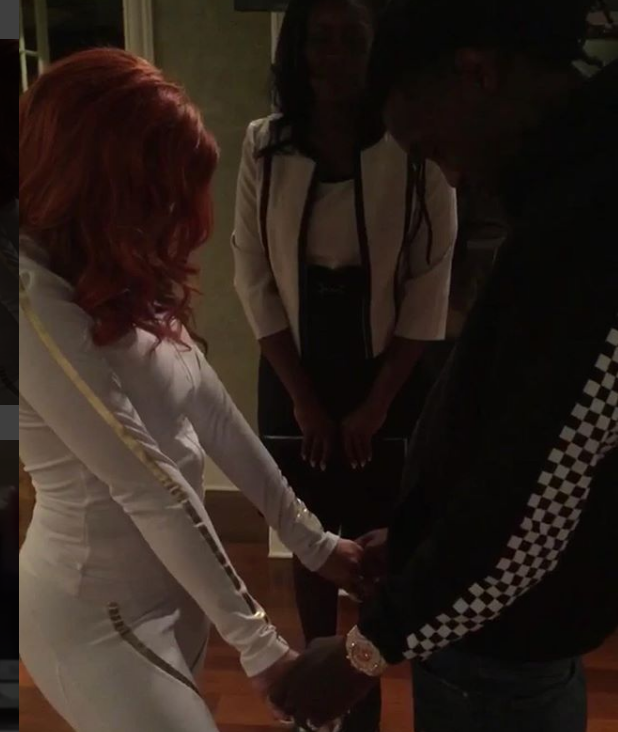 It seems like just last night that rising rap raven Cardi B and Offset were married. But it was actually last year. As in one year ago.

The “Bartier Cardi” emcee hopped onto social media to celebrate her first wedding anniversary with a special photo from that momentous day.

Cardi simply captioned the above photo with: “TBT … September 20th.”

Fans were shocked to learn about it back in June, especially after fans saw Offset proposing months into the marriage just because he wanted to make a special gesture for her. But he also complicated matters when he was later caught cheating, meaning that he committed adultery against his wife.

“There are so many moments I share with the world, and then [there are] moments I want to keep for myself. Getting married was one of those moments! Our relationship was new, breaking up and making up, and we had some growing up to do, but we were so in love we did not want to lose each other,” Cardi wrote on her Instagram page on June 24.

In explaining why she chose to keep the marriage under wraps for months before telling the world, she said this:

“One morning in September we just woke up and decided to get married. We found somebody to marry us, and she did, just the two of us and my cousin,” Cardi said, also on IG. “I said I do, with no dress and no makeup and no ring! I appreciate my husband a lot for still wanting me to have that special moment every girl dreams of — he got down on one knee and put the ring on my finger!”

Now that it is a year and a baby (Kulture Kiari Cephu) and a blockbuster debut album (Invasion of Privacy) later, Cardi has blessed her tens of millions of Instagram followers with the first look peek at her wedding ceremony — and what she and Offset chose to wear on their big day.

While the performer did wear white, it was not a dress but a tracksuit!