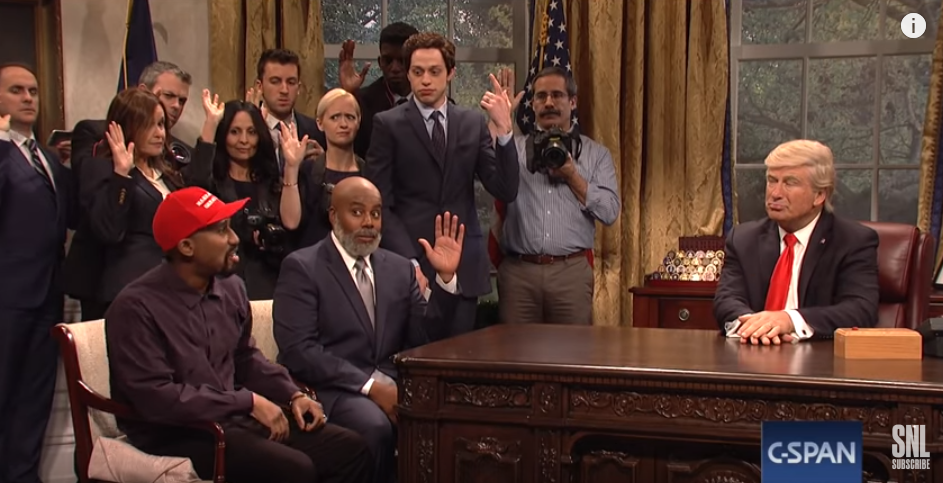 In the role that actor Alec Baldwin says has endeared him to millions of Black Americans, he reprises his hilarious parody of Donald Trump during Kanye West’s notorious visit to the White House for a skit on “Saturday Night Live.”

In his return to “SNL” this past weekend, Baldwin and longtime cast member Keenan Thompson rip it as Trump and football great Jim Brown as another person impersonates Kanye during his highly questionable visit. Interestingly enough, the trio tap dance around the issue of mental illness without actually addressing the disease.

Kanye has been besieged with claims from multiple quarters that he has never recovered from his mental breakdown during his last tour a few years ago. He has already been admitted to a detoxification facility and it is widely known that he takes powerful prescription medication to deal with his issues.

The skit avoids using profanities that Kanye unleashed with regularity last week in the Oval Office. But the parody addresses to the alleged “Celebrity Apprentice” outtakes where former White House communications director Omarosa claims Trump uttered the derogatory N-word on more than one occasion.

Check out the skit by clicking here.