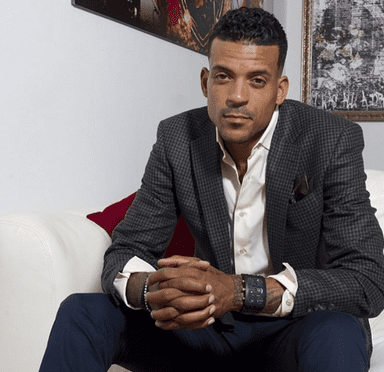 In a made-for-TV-style real life drama, former “Basketball Wives” reality star Gloria Govan is now pitting her current boyfriend Derek Fisher and ex-husband Matt Barnes against each other in court in an effort win back primary custody of her children from Barnes.

Govan is having Fisher testify against Barnes in regards to when she was arrested for child endangerment last month when Barnes tried to pick up his kids from Govan at school. Fisher and Barnes also happen to be former NBA teammates. The former friends later became combatants when Barnes learned from one of his children that Fisher was dating his ex-wife Govan on the low without telling him.

That episode became violently when Barnes allegedly drove to his former home that Govan occupies and punched Fisher in the face during a high-decibel argument.

Following Govan’s recent arrest on the day in question, which led to Barnes being awarded primary custody of the children, she has now gone back to court in a counter strike. In a desperate move before the court, Govan is asking Fisher to testify against Barnes in order to win her favors with the judge, the media has learned.

According to The Blast, Govan has put Fisher on the witness list. He will be ordered to recall Govan and Barnes’ tumultuous child custody battle. In particular, Fisher was reportedly on the scene on the day in question, August 31, when Barnes arrived to pick up the children at their school and Govan objected. When Govan snapped with instant road rage and used her car to block his car from driving away, she was apprehended by law enforcement for the felonious behavior.

This won’t be the first time Fisher has been used by Govan to get back at Barnes legally. He was called into court to bolster Govan’s defamation case against Barnes.

Fisher had text messages from Barnes to Fisher that read: “But she’s mad at me cause I found out she stole nearly a million dollars forged my signature & stole my ss# to get her parent a night club & the house they live in.”

What do you think of this ongoing, real-life saga?