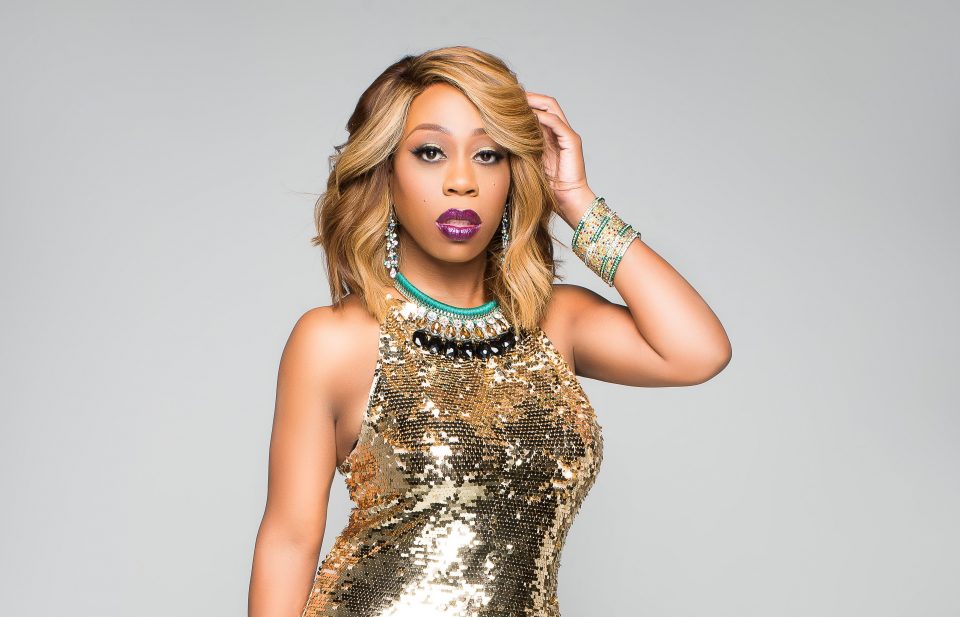 Being able to take pain and turn it into laughter is the key ingredient to any successful comedian’s shtick. Whether it’s being bullied by childhood peers or going through obstacles such as homelessness or poverty, our favorite comedians have overcome these issues and many more while finding a way to choose laughter over tears and humor over sadness. If this skill is indicative of a great comedian, then Kiana Dancie is in good company.

“I had a procedure done to remove the bags from underneath my eyes,” Dancie shares. “While my eyes were healing from the physical bags being removed, I realized I had emotional baggage that I needed to get rid of also.”

The procedure was an opportunity for Dancie to do an overhaul on her internal issues as well as her external ones, and it also provided her with a way to share her revelation with others. She began writing her story in an autobiography she titled Bye Bye Bags, Laughing to Lighten the Load.

Dancie says she learned early on that laughing in the face of adversity kept her from being stagnant in overcoming painful bumps along life’s journey. “Like anyone I’ve experienced pain from various places — losing my job, going through a relationship that ended painfully and even being a survivor of child molestation,” she reveals. “Sometimes things are so bad all you can do is laugh, but I promise if you choose laughter, eventually things will start to change.”

Dancie had the courage to speak out about being a victim of child molestation and says she has witnessed how her strength has empowered other women to acknowledge their own struggles.

In the same vein, she has been candid about living as a single woman, and before that, dedicating more than 10 years of her life to a relationship that wasn’t right for her. “I want women to know that being single isn’t something negative. It doesn’t mean there is something wrong with you. It means you are waiting on what’s best for you,” she says.

“Have standards, make sure that you are holding yourself to those same standards,” she adds. “How can you expect a man to treat you well if you don’t treat yourself well?”

Earlier this year, Dancie parted ways with “Sister Circle” after being a part of the TV One-based talk show’s first season. Since then, she’s been busy entertaining audiences across the country and shooting a couple of upcoming movies, including the Netflix film Sextuplets featuring fellow comedian Marlon Wayans and the November release of One Crazy Christmas, which will debut in theaters before being added to BET’s holiday programming.

In addition to her upcoming movie appearances, Dancie will be hosting the Living Behind the Mask gala, a domestic violence fundraiser on Sunday, Oct. 28, 2018, in Atlanta. She is also a featured guest for the fifth annual Girls Wine Out at Lake Lanier, Georgia.

To learn more about the Living Behind the Mask fundraiser, go to www.livingbehindthemaskgala.com. For information about the Girls Wine Out event, visit www.notjustagetaway.com. You can follow @Kianadancie on Facebook, IG and Twitter.