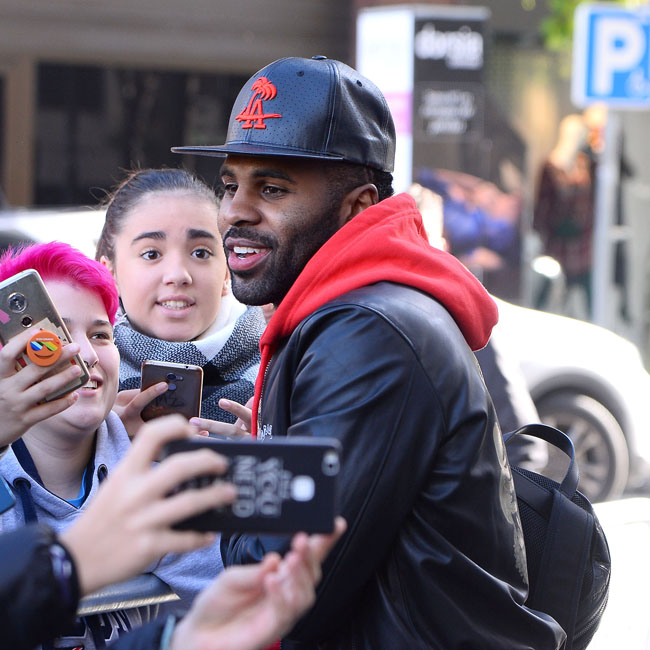 The “Swalla” hitmaker says the psychoactive drug can be “really helpful” for those struggling with serious pain from pre-existing medical conditions, and he believes it should be decriminalized to help “subside” their suffering.
The 29-year-old star, who performed at the 2018 MTV European Music Awards (EMAs) at the Bilbao Exhibition Centre in Spain on Sunday night, Nov. 4, 2018, also spoke about taming his partying ways. He’s very careful about the amount of alcohol he consumes, claiming he only has around three drinks each night when he’s on tour, to make sure his voice is the best it can be for his fans.
He added to The Sun newspaper’s Bizarre column:  “I do still party, it’s just how much I am drinking, I really pay attention to that, especially when I’m on the road and I have back-to-back shows.
“As a young artist I would get fatigued during these performances and I couldn’t realize why.
“Partying is fine as long as you’re not screaming during the night because that’s going to strain your voice, and not drinking too much. I’d say I have about three drinks on a night out.”
The “Tip Toe” hitmaker follows in the footsteps of stars including rapper Snoop Dogg (who has his own line of cannabis products named Leafs By Snoop, which last year had a net worth of $135M) and Hollywood stars Morgan Freeman and Woody Harrelson in campaigning for the drug to be legalized.