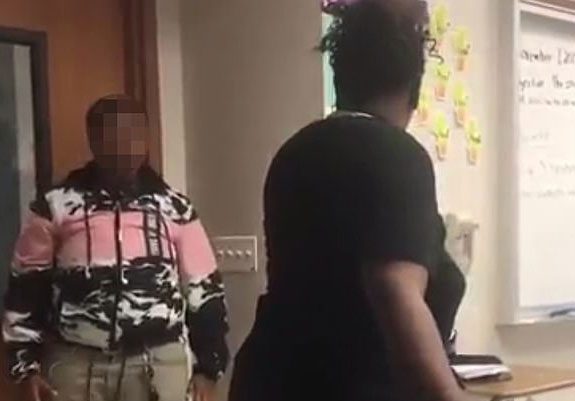 Once again a video of a disrespectful and violent student attacking a teacher has gone viral. The incident occurred at Frederick Douglass High School in Baltimore, Maryland, and is shocking.

A Facebook user uploaded the video and stated that the unidentified teacher had just returned to school after recovering from cancer surgery. In the video, an unidentified female student is seen arguing with the teacher before viciously punching her in the face. The student is then removed from the classroom.

The Baltimore City Public Schools System issued a statement that read, in part, as follows: “School administrators at Frederick Douglass High School continue to investigate a physical altercation that took place today when a teacher was struck by a student following a verbal exchange. Ensuring a safe teaching and learning environment for our students and staff is paramount to City Schools. Upon reviewing the incident, school administrators will apply disciplinary action in accordance with the Baltimore City Public Schools’ Code of Conduct.”

The video of the attack can be seen below: