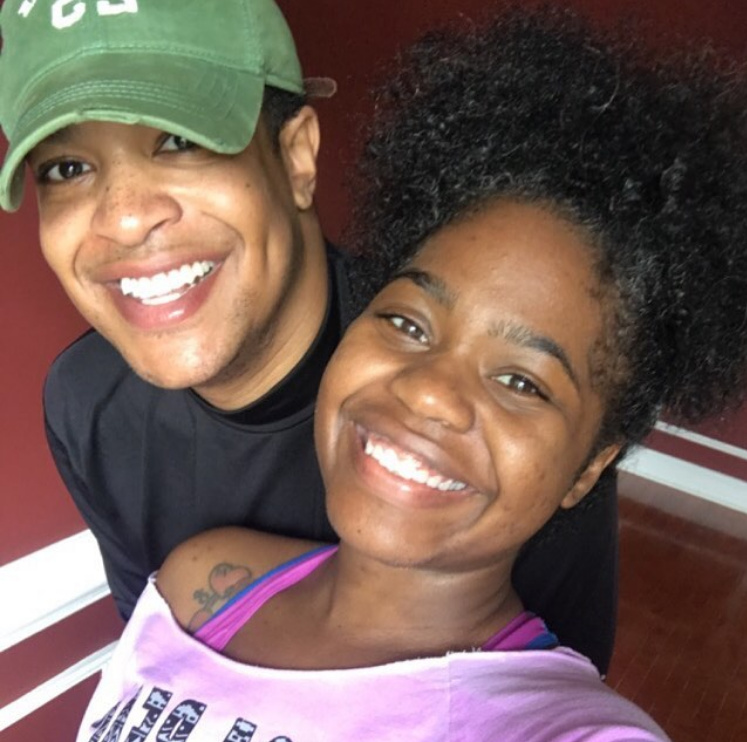 Despite Keke Wyatt’s new marriage to Zachariah Darring, there is still evidence of bitterness and toxic anger about ex-husband Michael Ford bubbling just beneath the surface of singer/reality TV star Wyatt’s exterior. And that hidden anger began spouting out wildly like a broken fire hydrant in a torrent of Twitter tirades at her ex-husband and his alleged mistress that reportedly broke up the marriage.

Wyatt and Ford had a messy divorce after eight years of married but in a recent interview that she posted on her Instagram account, Wyatt claimed that ex-husband Michael Ford’s mistress was a friend of her’s who she considered “a little sister.”

“You know who the mistress is because she looks like she played in the movie Gremlins,” Wyatt spat out, her words dripping with acid.

Wyatt, 36, admits to her 1.2M Instagram followers that her embitterment emanates from the fact that Ford not only cheated with the alleged mistress repeatedly, but that she nursed him back to health after he was involved in a near-fatal car accident that put him in a coma.

“I was his wife, he was the father of my children. God says to love and love unconditionally, so that’s what I did. At that time he couldn’t walk or talk. It was up to me to make all of the decisions for his health care.”

Wyatt revealed that once Ford emerged from his coma and was taken off of all machines that he allegedly went back to his mistress despite her loyalty to him. She said she is sharing her story as a cathartic way of healing and to help other women in similar situations.

“He made the decision to fly off with that bat looking thing,” as Wyatt describes Ford’s alleged girlfriend. “At that point I had washed my hands of the whole thing and I totally let it go.” Expressed Keke. “Even after all of that and all of the antagonizing and bullying on social media by his mistress hash-tagging my songs and attempting to bait me, I never reacted, I am so proud of myself… cause the old Keke would have ruined her whole entire life, but the new mature Keke realizes she is not worth my blessings.”

After digesting Wyatt’s bitter cocktail of shocking shade, Bennett returned fire in a cryptic message on Instagram, which most fans believe is aimed back at KeKe Wyatt’s interview.

“People that rant & rave usually have something to prove. But when you know the truth…. you can just sit back & watch the comedy show. Maturity is a gift. Immaturity is a child like tantrum learned & untamed. If your life is good ….LOL just live it. Or is it really?!”

Paris insists in her caption that she won’t allow Wyatt to get her to act out: “@missparisbennett ….. But let Everyone be Quick to listen, Slow to speak and Slow to anger.’ Gods word is always on time! #Live #Love #Laugh #NoWeaponFormedAgainstMeShallProsper”