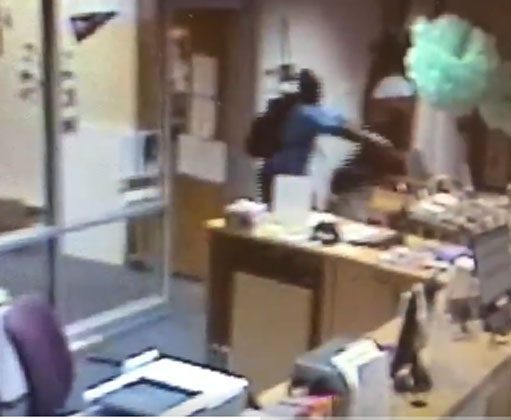 Once again a teacher is in the news for assaulting a student, this time in Atlanta. Henry Coleman, a graduation coach at South Atlanta High School may face new charges after he body-slammed a student onto a table and began hitting him.

The incident occurred on Oct. 3, 2018, when Zahki Koonce, 17, touched Coleman on the shoulder and said, “What’s up?” Coleman suddenly leaped from his seat grabbed Koonce and body-slammed him.

“I just felt my body, my whole body, just fly into the table with books on it,” Zahki told WSB-TV in an interview. “He came to the table, slung me off the table to the ground.”

Zahki went to the hospital later complaining of back and shoulder pain and later found out he would be charged with battery for striking the teacher in an insulting or provoking nature. His mother, Shekela Bryant, was informed by the school resource officer about what happened. “She’s like, ‘He’s being charged also.’ For what? ‘For touching the teacher,'” Bryant said.

The teacher received a citation for simple battery but was not arrested. After protesting the charges against her son, this month the school released surveillance video of the incident. The video supports Zahki’s story about the incident, and now Coleman may face new charges. The school ultimately worked to get the charges against Zahki dropped and has terminated Coleman for his actions.

The video of the incident can be seen below:

I’ve worked for a month to get this video. This high school graduate coach was charged with battery of this student. The student was charged too. What sparked it all. That’s at 11. @wsbtv pic.twitter.com/nglTcgGwVm