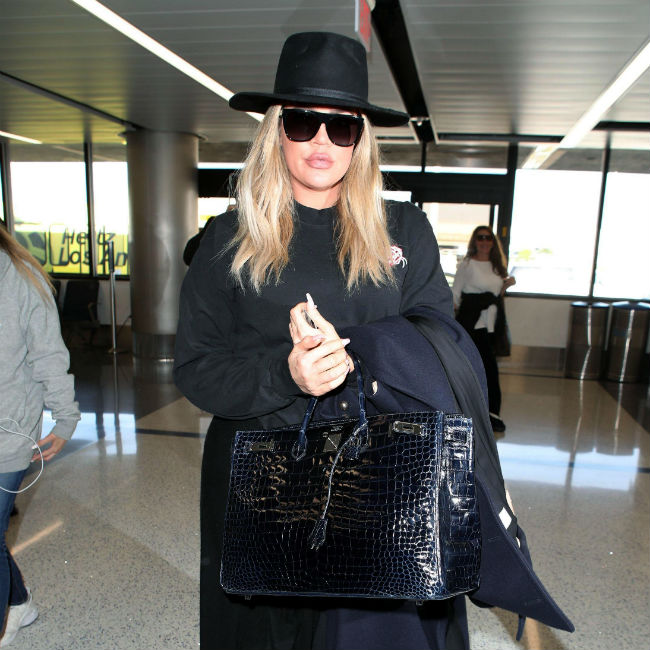 Khloé Kardashian is furious after fans slammed her for not spending Thanksgiving with her family in Los Angeles. (Photo credit: Bang Media)

Khloé Kardashian has hit back at criticism from fans after she skipped Thanksgiving with her family.

The 34-year-old reality TV star spent the holiday in Cleveland, Ohio, with her partner Tristan Thompson and their daughter True, while her family celebrated in Los Angeles but Khloe has denied a rift with her family and insisted the Cleveland Cavaliers basketball player Thompson could not travel as he is “in season.”

She wrote on Twitter: “Y’all are reaching now. I’ve spent the past 3 years in Cleveland for Thanksgiving. Not sure why people are trying to create drama between my family and I. My sisters and I are perfectly fine thank you! All of their families were able to travel but TT being in season, he can not.

“The truth is never as fun as some story some of you like to create. So here we goooooooooooo!! Happy Thanksgiving I guess lol (sic).”

There has been tension between Khloe’s family and Tristan since he was accused of being unfaithful just days before their daughter True was born in April.

The scandal is currently being played out on the family reality show “Keeping Up With the Kardashians” with Khloe’s sister Kim Kardashian West, admitting things are “awkward” for Tristan at the moment.

Kim said: “It is awkward, especially for maybe Tristan, who isn’t used to this. Unfortunately, that’s what was going on in our lives, so six months later, when it replays and they’ve gotten through what they needed to get through, it’s rehashed in front of everyone, and everyone’s giving their opinions all over again.

“So that is hard for Khloé and I’m sure for Tristan, but it’s our reality, and we’ve learned to kind of use it as a therapy, just to kind of get it out one last time with everyone else.”

But the 38-year-old star — who has children North, 5, Saint, 2, and Chicago, 8 months, with husband Kanye West — explained that the family helps one another through the tough episodes in various ways, such as live tweeting to take the pressure off “really brave” Khloé.

And they are always upfront with one another and stand by their actions on the show.

She added: “We all do edit the show, but there’s nothing really that we’ve taken out. So we will let everyone watch and be like, ‘Okay, this is what I said about you, and this is how I feel about you or felt about you.’ It is what it is.”