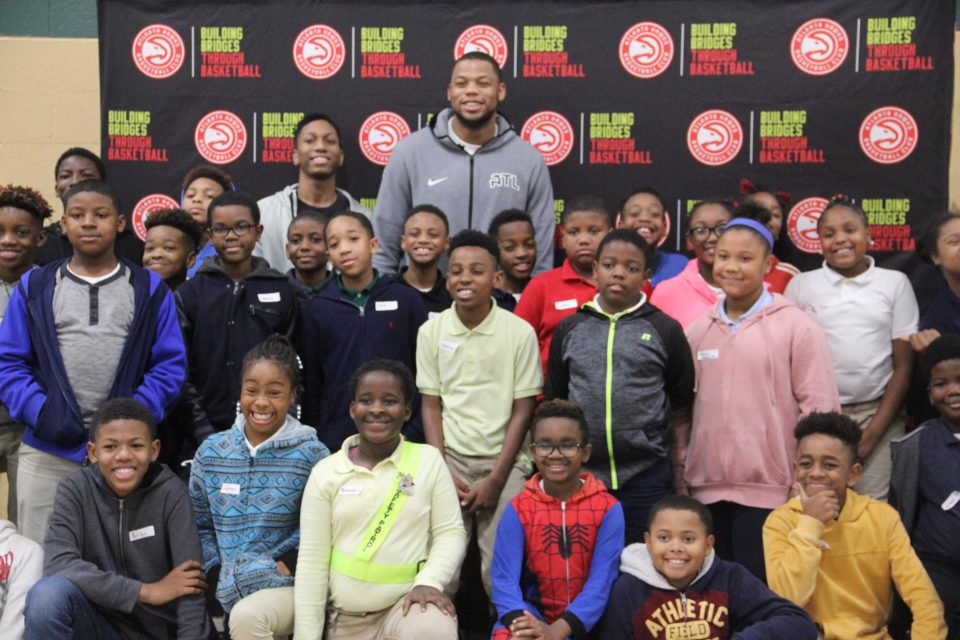 The gymnasium was filled with dozens of children who were excited to be in the presence of professional basketball player Omari Spellman. Smiles covered their faces as the students played games with the 21-year-old power forward inside Gresham Park Recreation Center.

Spellman, an Atlanta Hawks rookie, hosted a poetry workshop for 60 middle and high school students on Dec. 4, 2018. He assisted the students in writing poetry and detailed his history with the craft.

The Cleveland, Ohio, native attended Villanova University before he was drafted by the Hawks this summer. Since arriving in Atlanta, he’s been building chemistry with his teammates and getting involved with his new community.

Spellman said it’s important to be an active member of the community in which he resides. On this particular day, he was participating in the Hawks Poetry Workshop, which gave the youth a platform to express themselves through the written word. The event was facilitated by VOX Teen Communications.

During the workshop, the students participated in fun activities and icebreakers with Spellman to get their creative juices flowing before they started writing. They were asked to write down something that was an issue in the world and to express themselves.

Spellman contributed to some of the kids’ poems and offered advice on what words to use to describe their emotions. “You got to let young kids know that they can be themselves at all times. And whatever they are feeling or want to talk or write about, they have the right,” he said. 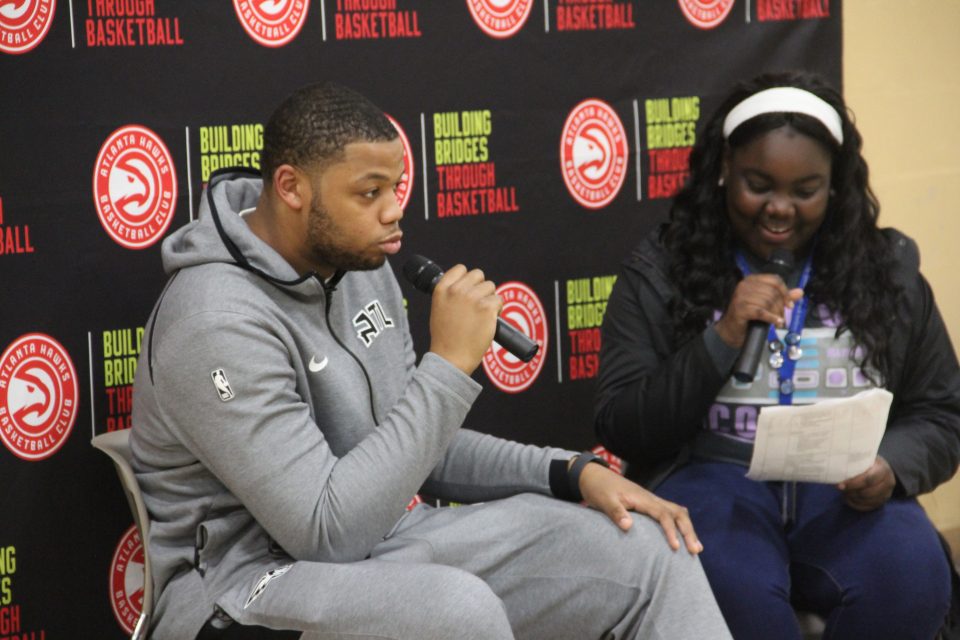 Spellman said he started writing poetry in eighth grade. “I was exposed to the art, and I was fascinated [by] how they can make words say whatever they wanted them to. That was something I was trying to do. I just became better at it as I got older.”

Hawks’ assistant coach Matt Hill also visited the facility to greet the kids and to participate in the workshop.

At the conclusion of the event, Spellman performed an original poem for the kids that was heartfelt about freedom. Some of the youngsters performed their poems, too, and they were able to have one-on-one conversations with Spellman.

He said he has evolved as a poet and continues to use poetry as an outlet to express his feelings and thoughts about life and the new challenges he faces as a member of the NBA.

“My poems are a little more sophisticated now,” he said. “I’m older and in the NBA, [and] it’s such a glamorous lifestyle. It has its problems and struggles [that] people don’t get to see. At the end of the day, I have issues I need to resolve from within myself, and poetry is how I go about doing it.” 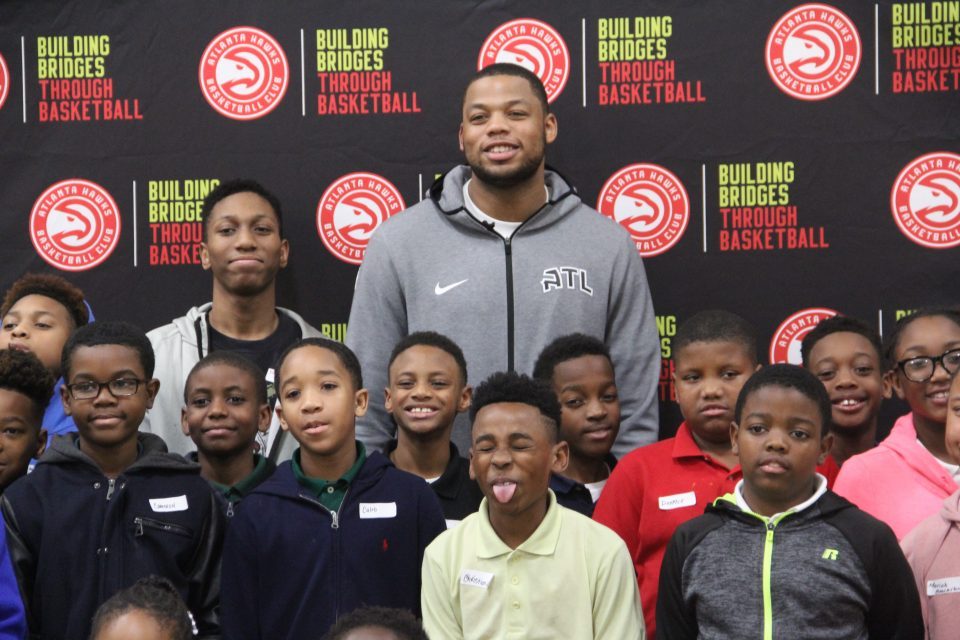