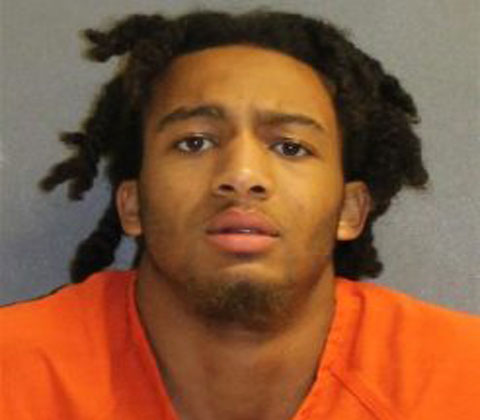 A once-promising college student-athlete is in jail after being accused in the double murder of his two closest friends.

Damon Kemp, 19, is accused of the murders of Trey Ingraham and Jordan Paden, both 19, whose bodies were found in the apartment they shared with Kemp on Friday, Dec. 7, 2018. Both of the victims had been shot, according to police in Daytona Beach, Florida.

The Orlando Sentinel has reported that gunshots were heard in the building on Thursday, Dec. 6, 2018, but none of the neighbors reported the incident to police. It was not until police were investigating an unrelated violent home invasion nearby on Friday that they encountered an erratic Kemp.

Kemp initially ran up to an officer and said, “I killed my friend.” He is heard on police body camera later saying, “To be honest, I was going to [unintelligible] with my friend, the Ace, his name is Trey Ingraham, I shot him,” according to the Daytona Beach News-Journal.

Police also found a .40 Glock and an empty extended magazine at the Jade Park Apartment Homes where Kemp was arrested.

A distraught Kemp yelled, “God … God … God” as he was wheeled into court on Sunday morning Dec. 9. A judge denied bond for Kemp stating that there was probable cause to detain him because he was charged with two counts of second-degree murder and burglary with an assault or battery in connection to the unrelated home invasion.

The family stated that Ingraham and Jordan had let Kemp stay in their apartment for free while he was trying to re-enroll in Bethune-Cookman College.

A video of his court appearance can be viewed below: