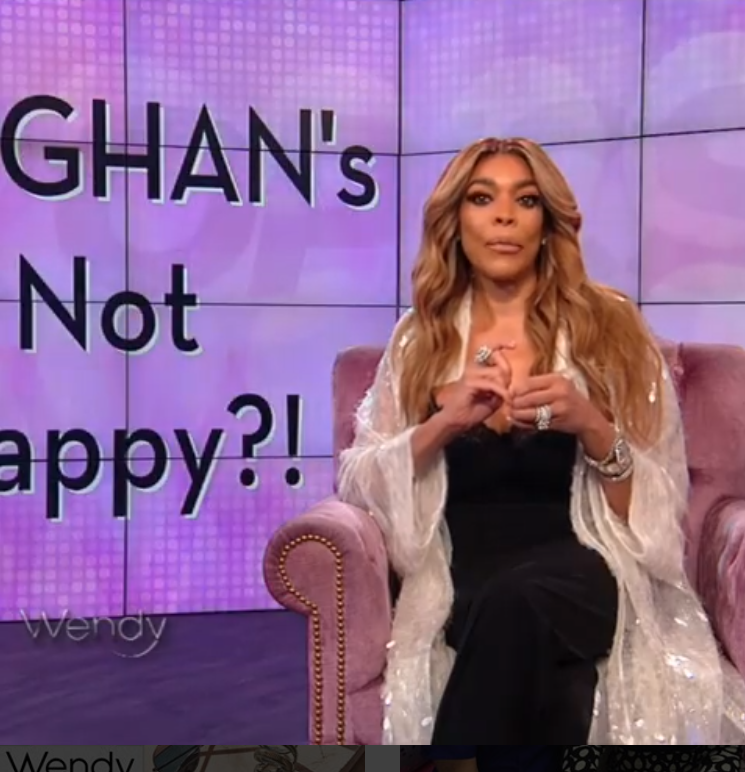 Daytime talk show queen Wendy Williams’ on-air and off-air behavior has been so erratic lately that she was forced to address the situation head-on.

Williams blames her mysterious behavior on the prescription medications that she is taking because of her medical maladies that include recovery from a broken shoulder. But  sources close to the media maven claim her husband’s dalliances have contributed to her emotional deterioration. The sources, according to Love B. Scott, also say she will get a divorce from her husband in the near future.

Despite her proclamation that she is feeling “swell,” sources told Love B. that she is not operating at optimum levels because she is also dealing with her Graves’ disease and the meds she takes to counter the ailment.

“She’s wobbly all the time, and has been cussing out Whoopi Goldberg behind-the-scenes — without Whoopi being anywhere near,” the source told lovebscott.com.

The same source told the entertainment publication that her camp “suspects she might be self-medicating. [The staff] is routinely having to adjust to her health issues — i.e., not walking out for the beginning of the show, zoning out during segments, etc. They’re really embarrassed about the whole situation.”

Williams could no longer ignore the rumors and innuendos, so she came out on her Instagram account to talk to her fans directly about her condition.

“I sincerely apologize if you feel that today’s show was less than stellar. I’m on your TV screens every day wanting to spread laughter, entertainment and cheer. As I reported earlier in the week, I have a hairline fracture on my upper arm, which hurts like hell. I’ve never broken a bone or experienced a fracture in my life. In the key place where the fracture is, and trying to scurry around and do too much, I am now paying the price.

“Needless to say, whatever today’s performance was with the legendary The Lox, who said such nice things, I have no regrets and I appreciate everyone’s genuine concern for my wellness and care.

Others believe that her husband’s alleged blatant cheating has taken a considerable toll on Williams. Worse, there are whispers that the side chick that Williams is dealing with is now expecting.

“She’s allegedly pregnant and still living just down the street from their house,” the source told lovebscott.com. “Word around the show is that they’re going to divorce sometime now that little Kevin has gone college.”