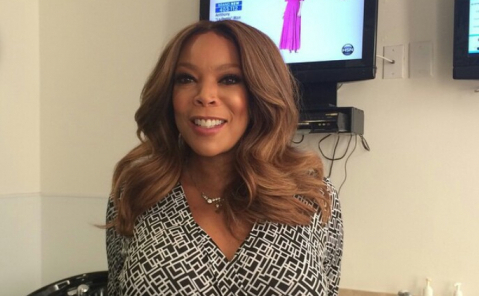 Wendy Williams appeared on her eponymously titled show on Tuesday, Dec. 18, 2018, with her arm in a sling, which was hidden underneath a pink sweater.

The 54-year-old talk show host suffered a hairline fracture in her right shoulder. She told viewers she had been injured during an accident over the weekend, which has left her needing to heal.

She said: “I did it on Sunday. By Monday morning, my shoulder was on fire. There’s no way I could’ve done yesterday’s show, so I was all about the medical care yesterday from one doctor to the other. I’m on the mend, I don’t need an operation.”

But despite her accident, doctors told the star she’s “very healthy” for her age.

She told her viewers on Tuesday: “[Doctors] told me I’m very healthy for a person over 50. I’m not wearing a hard cast, but I do have a sling, and I do have my flower ring on.

“So we only have to work around this for a moment before I just go home. That’s all you can do: rest.”

The host’s recent injury comes after she was forced to take a three-week break from her talk show in October last year when she collapsed live on air due to complications with her overactive thyroid and autoimmune disease Graves.

Williams admitted that she wouldn’t have been able to get through the health scare if it wasn’t for her husband Kevin Hunter because he had supported her the whole time.

She explained to People magazine the time: “My husband was extremely concerned. He’s not just my husband, he’s my business partner, one of the executive producers on the show, and he’s also my manager. He and I are glued at the hip.”