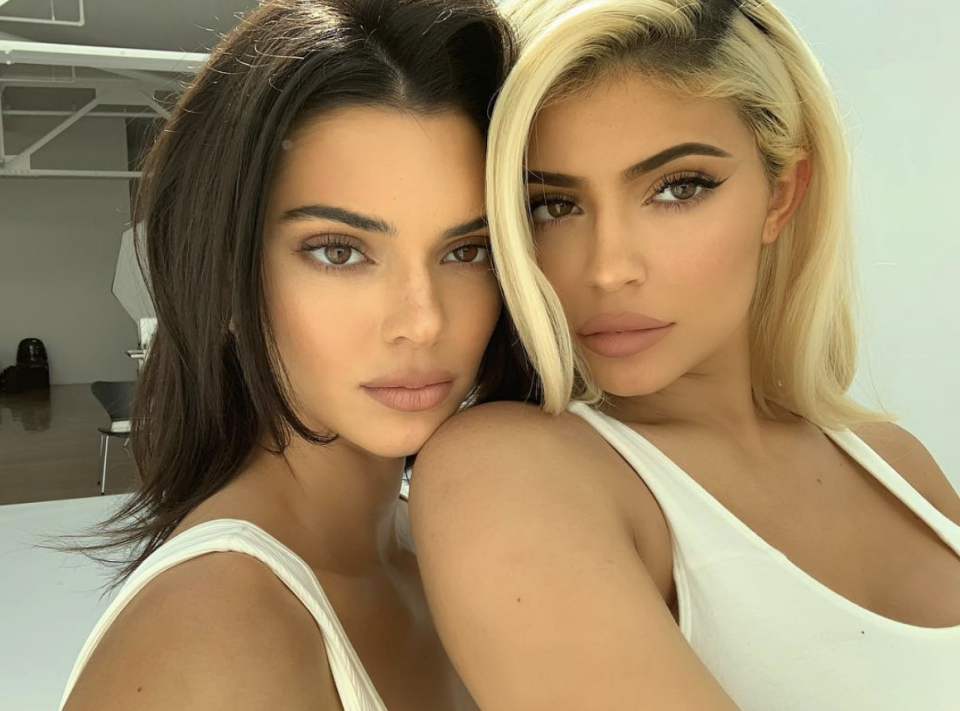 The Jenner sisters were both spotted among the crowd of celebrities at Drake’s party at Delilah in West Hollywood, California, where they enjoyed the night alongside the likes of Chris Brown, LeBron James, Niall Horan and Idris Elba.

Kendall attended the party with her NBA star boyfriend Ben Simmons, according to “Entertainment Tonight,” which also reported that Kylie was seen with her boyfriend Travis Scott.

However, Kylie and Kendall‘s presence at the party could raise a few eyebrows, as Kanye — who is married to their half-sister Kim Kardashian West — has recently become involved in a very public spat with Drake.

Late last month, Kanye hit out at Drake after he noticed that the rapper follows his wife on Instagram. Prior to that, he accused Drake of going behind his back to ask for clearance to use “Say What’s Real,” a song from his 2009 mixtape So Far Gone, which was produced by West.

The “Heartless” hitmaker  — who has kids North, 5, Saint, 3, and 11-month-old Chicago with Kim — wrote: “I never knew till this morning that Drake followed my wife on Instagram back in September.

But Kanye quickly diffused any tension when he followed up his tirade with another tweet insisting that he and Kim wish Drake “the best.”

He said: “We truly wish this man the best and pray that he will find the same happiness that we have (sic)”