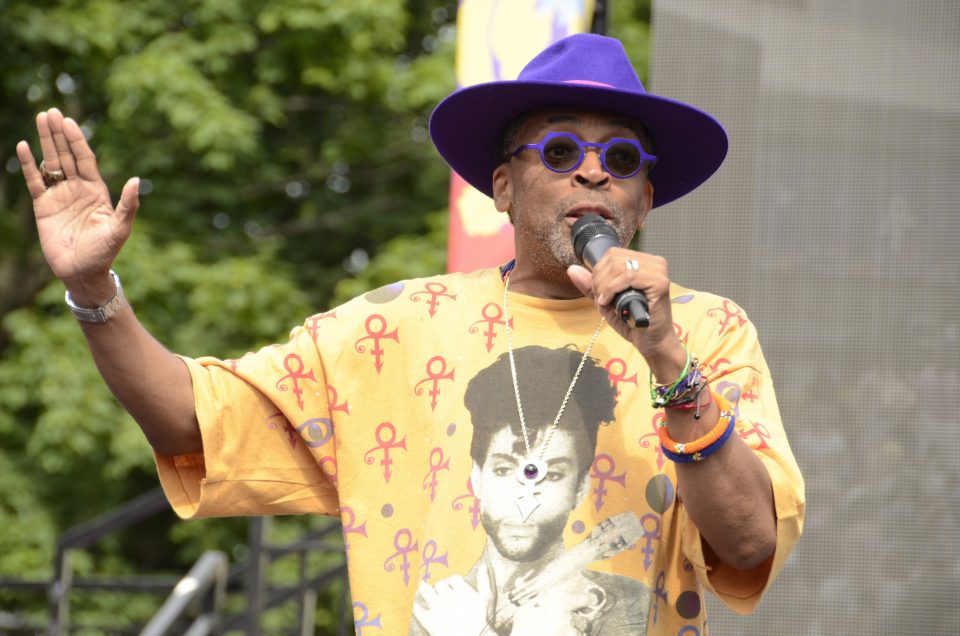 The Killers gave Spike Lee “full creative control” over the music video for their anti-Trump song “Land Of The Free.”

The band’s frontman Brandon Flowers and his bandmates recently dropped the politically charged anthem, which saw the 61-year-old Academy Award winner at the helm, about the U.S.-Mexican border wall, gun violence and incarceration.

The “Somebody Told Me” rockers spent several weeks with the BlacKkKlansman director toward the end of last year, visiting the border between the United States and Mexico to capture real-life footage of migrant families making the journey to the supposed “land of the free.”

Flowers has said he felt compelled to pen the track after the Sandy Hook school shooting in Connecticut in 2012 and those that followed in his hometown of Las Vegas, as well as Orlando and Parkland, Florida.

Speaking about the song to Zane Lowe on “Beats 1” radio, the 37-year-old frontman explained: “I think it’s a very important time right now and enough was enough is basically where it comes from.

“It started in my mind, around when [the] Sandy Hook [shooting] happened and as a father how that affected me, and then it just started stacking up.

“It was things like Eric Garner, Trayvon Martin, things like what’s happening at [the Mexico border] wall.

“This stuff didn’t seem to be in harmony with the values that I believe my country was founded on.”

Flowers initially felt “inadequate” to write the song but just had to get it off this chest.
He added: “I would start the song, and then I would put it away and say, ‘I’m not the guy to do this.

“I feel inadequate, someone is gonna write this song,’ and then it just piled up with Las Vegas, Orlando, Parkland [shootings]. It just kept coming and I just thought, ‘I have to get this out’.”

A press release for the track describes the song as “a heartfelt lament inspired by current events and recent national tragedies.”

One line about the gun crisis in the country sees Flowers sing: “So how many daughters?/Tell me how many sons/Do we have to put in the ground/Before we just break down and face it?/ We’ve got a problem with guns/ In the land of the free.”

The new stand-alone track is the band’s first since its 2017 LP Wonderful Wonderful and is available to stream on all major platforms now.