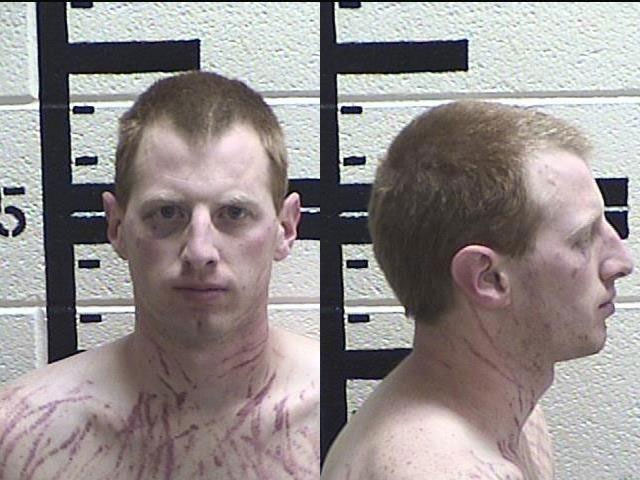 The Georgia Bureau of Investigations (GBI) has announced the arrest of a former detention officer in Acworth, Georgia. Kirk Taylor Martin, 28, faces multiple charges of sexual assault, but what has many people talking is his mugshot, which shows how hard his alleged victim fought back.

Martin was employed with the Murray County Sheriff’s Office as a detention officer and fired in April 2018 after multiple violations of jail policy, according to Chief Deputy Jimmy Davenport. Martin was fired after giving an inmate the wrong prescription medication, and his other violations were procedural and did not relate to abuse or violence against inmates.

On Thursday, March 7, 2019, Martin is accused of holding a female victim against her will at his residence and sexually assaulting her until Friday morning. She was able to make contact with someone outside of the home, and police were contacted. Martin has been charged with aggravated sexual battery, aggravated assault (family violence), criminal attempt to commit sodomy, false imprisonment, and obstructing/hindering an emergency call.

Because of Martin’s relationship with law enforcement, the GBI was asked to conduct a joint investigation. Martin was denied bond and is currently being held at the Rabun County Jail. A booking photo of Martin shows scratches across his chest and neck and swelling around both eyes. According to GBI Special Agent Greg Ramey, the injuries were from the victim fighting back against her alleged rapist.