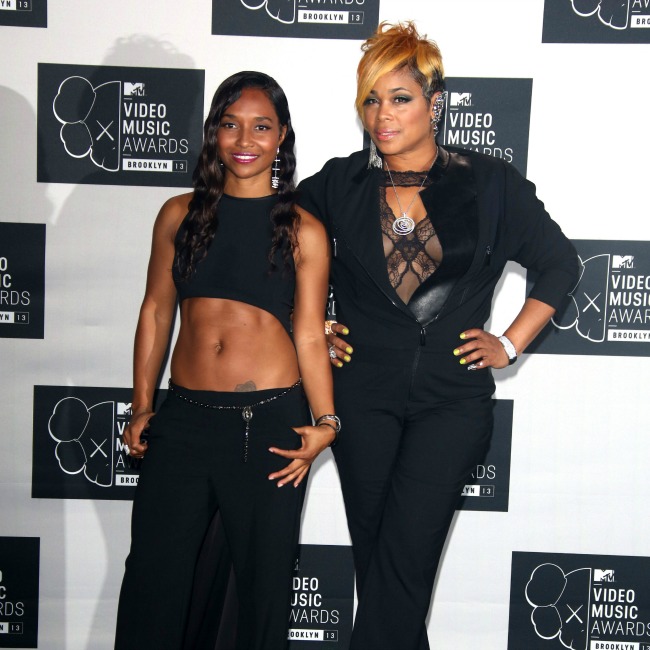 TLC is working on a Broadway show and musical.

Rozonda ‘Chilli‘ Thomas and Tionne ‘T-Boz’ Watkins — the remaining members of the 90s girl group after third member Lisa ‘Left Eye’ Lopes died in a car crash in 2002 — have revealed their plans to turn their music and career into stage shows, featuring brand new music.

Speaking to website Cheddar about their tour with Nelly and Flo Rida, Chilli said, “We’re also working on the TLC musical and TLC on Broadway.

“We’re going to create new music for those projects as well.”

The “Waterfalls” hitmaker added that the shows will be completely different to their VH1 biopic CrazySexyCool: The TLC Story, and admitted that it’s going to be “a very emotional but good ride.

She added, “We didn’t tell everything. We have so many stories to tell. We didn’t tell it all in our biopic we did with VH1. A lot of good stuff. It’s gonna be very emotional but a good ride.”
She admitted, “I’m very excited that I almost can’t believe it. I’m like, ‘What!’”

The fact that the girl group is working on new songs for the shows may come as a surprise to fans since after releasing their crowdfunded self-titled LP in 2017, they admitted they had no desire to put out another full-length release because of how hard the record industry has become.

However, the pair vowed to keep on touring.

Speaking about going bankrupt despite selling 70 million records, Chilli said previously, “You are just out there working hard, not making anything, but they are making all the money. It was because of our contracts and when people aren’t advising you the proper way. After our first album, there was no renegotiation when your contract is jacked up.

“That’s why we said, [should] we do this just one more time? It is definitely not the end of TLC as far as touring but making an album is difficult. The business has changed a lot.”