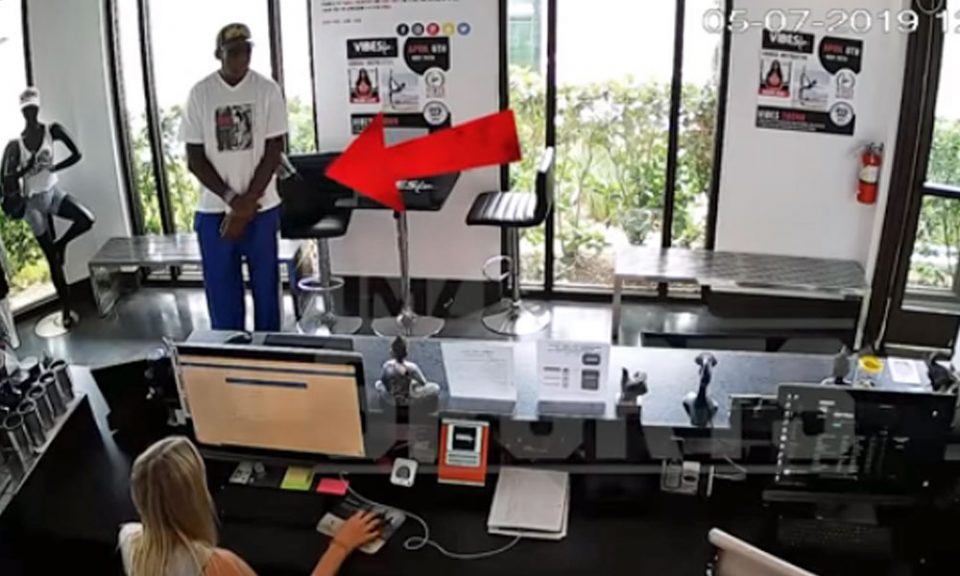 Troubled former NBA star Dennis Rodman is back in the news and may soon be back in jail. An upscale Yoga store is accusing Rodman of a brazen and bizarre robbery that occurred on Tuesday, May 7, 2019, in Newport News, California.

According to TMZ Sports, Rodman and three accomplices, 2 women and 1 man, walked into the VIBES Hot Yoga store in Newport Beach, CA. Store workers stated that the group reeked of alcohol. While Rodman distracted a store employee, one of the women begins to stuff items into her purse.

At one point Rodman and his male accomplice approach the front desk of the store and handle a crystal vase valued at $2,500. The store owner stated that Rodman insisted he wanted to buy it. However, the unidentified male with Rodman drops the vase and it shatters on the floor.

Once again the employees are distracted while the women continue to take items. According to the store owner, Rodman blamed store employees for dropping the vase. Rodman and his crew then leave the store without purchasing any items. The store owners stated that at least $500 worth of clothing was stolen and a police report was filed.

The Newport Beach Police have refused to comment on the case at this time. Rodman is currently on probation for a drunk driving conviction in 2018. When asked about the incident, Rodman’s lawyer stated to TMZ, “We would decline comment. It’s premature.”