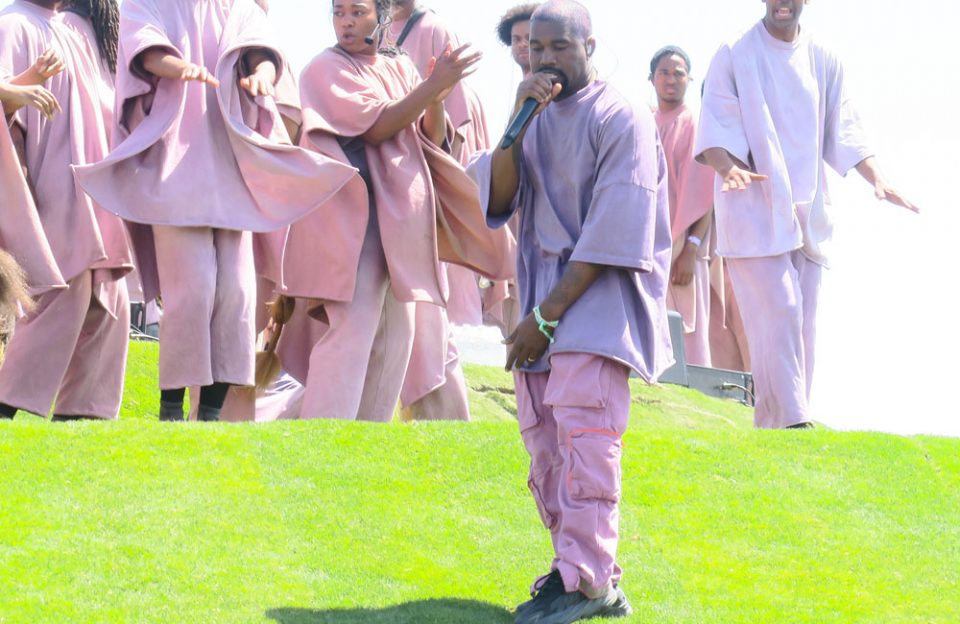 Kanye West took his Sunday church service to a new level on Mother’s Day, May 12, 2019, as he live-streamed for the first time.

The 41-year-old rapper also used the platform to pay tribute to his mother, Donda West, who died tragically to surgery complications in 2007. He honored her by performing his 2005 song, “Hey Mama,” which he previously dedicated to West to show his appreciation for her raising him during hard times and instilling her values in him.

The service near to the “Gold Digger” rapper’s Lost Hills home also saw a plane fly over the crowd with the words “Beautiful Mother’s Day” trailing behind the aircraft in the sky.

A rendition of “This Little Light of Mine” was also performed by Kanye‘s choir and his 5-year-old daughter North West, who is a regular at the service, joined in.

Kim and her sisters Kourtney, 40, and Khloe Kardashian, 34, and their mom Kris Jenner, 64, were among those at the special Mother’s Day edition of the spiritual gathering.

West had earlier posted a photo tribute to his mom on Instagram.

Meanwhile, she and Kanye have yet to reveal the name of their newborn son.

The 38-year-old reality star announced the birth of their fourth child on Twitter and followed her message up moments later with another tweet claiming the newborn looks “just like” his sister Chicago.

“He’s also Chicago’s twin lol I’m sure he will change a lot but now he looks just like her.”

The KKW Beauty owner thinks her new addition is the “most calm and chill” of all of her children.

The brunette beauty added: “I was freaking out for nothing because he is the most calm and chill of all of my babies so far and everyone loves him so much.”