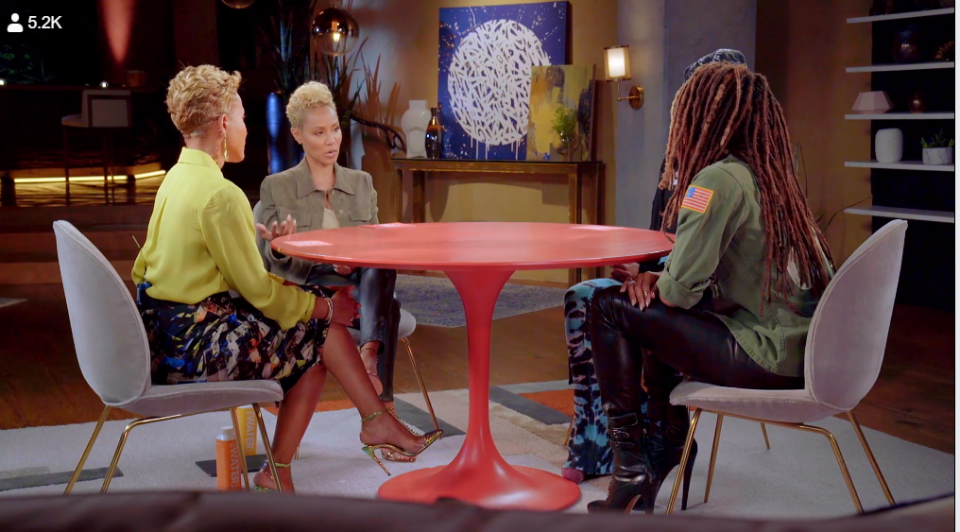 Jada Pinkett Smith ignited another cultural inferno when singer Ciara visited Facebook Live’s runaway success series and gave details as to why she left former fiance, rapper Future, who is also the father of her first child, Future Zahir Wilburn.

Much like the sports debate about who’s the greatest of the modern era — LeBron James, Kobe Bryant or Steph Curry — the social media brawls over these two musicians gets pretty intense and even vicious. Folks seem to love to fight about Ciara, 33, and Future, 35, who was at fault and who is now better off after emerging from the rubble of their relationship.

Ciara Princess Harris dares to broach the topic as to why she finally left former boyfriend Future after their turmoil and accusations of infidelity, though she took pains not to mention him by name. When the “Level Up” singer gave the reasoning behind her move from the arms of the “Percocet” rapper into the loving embrace of her NFL quarterback husband, Russell Wilson, 30, Twitter went off like a firehose on high.

Take a look at the Ciara interview below and observe the back-and-forth chatter on social media since the episode aired.

Ciara comes to the Red Table to reveal how she turned her “scars” into “beauty marks”, and discusses her journey from pain and mistrust to her loving marriage to NFL star Russell Wilson.

Saw a snippet of Ciara’s red table talk .. so vele Future was writing songs for her while she was busy crying in the shower , Yoh I’m glad future left that toxic relationship ☝🏾

Ciara a cheater too. She was “friends” with Russell while her and Future was going thru it

The fact that Ciara didn't mention Future name one time during that interview. She is such a class act. If anything, she gave him Kudos. She said she was happy she went through what she went through with him because it made her appreciate Russell Wilson even more.

Yall really thought Ciara was about to sit up and talk about Future, huh? When will yall learn that she's not the problem?? pic.twitter.com/akQWsWHeVH

future is friends with rihanna so whose really winning between him and ciara😗😗😗 pic.twitter.com/AESuw1lPEj