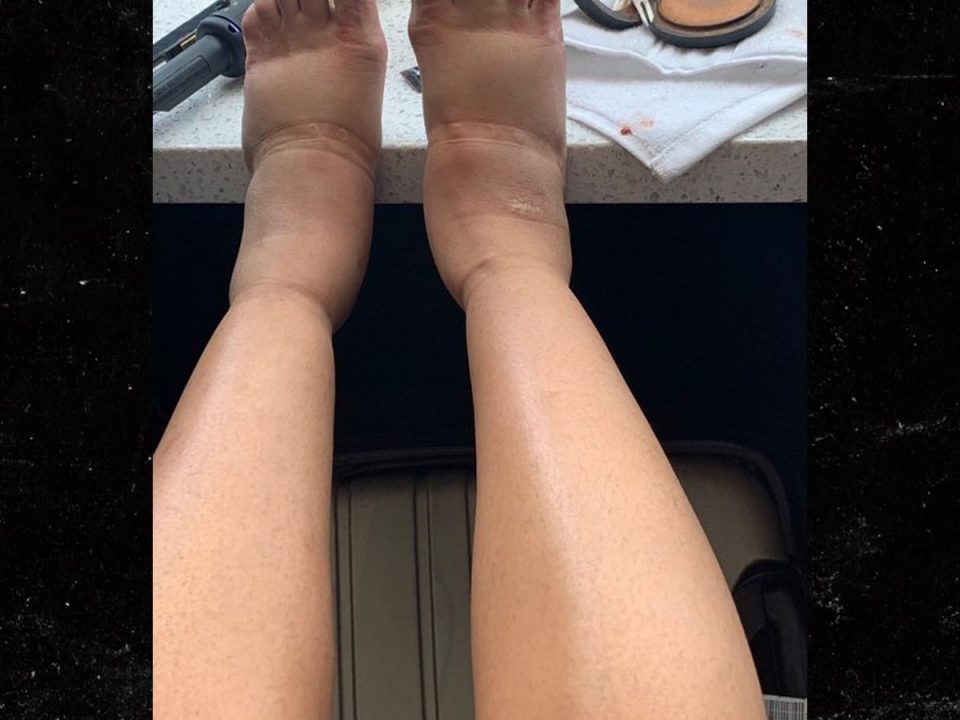 Cardi B is finding out there is a steep physical price to pay for maintaining such a grueling interstate performance schedule so soon after having cosmetic surgeries and giving birth to her first child, Kulture.

Cardi, who admits she is “addicted” to getting those coins, captioned the Twitter photo above about the toll her schedule and surgeries are taking on her: “Look how swollen my feet get every time I take flights my stomach gets even more puffy.”

The Invasion of Privacy femcee said health forced her to postpone or cancel multiple shows this spring, costing her millions. According to Page Six and TMZ, Cardi references her surgeries and nonstop performances as the culprits.

She explains that her doctors admonished her to take more frequent breaks from the stage to heal. Cardi B is finally pumping the breaks, but she is mad about it.

“I hate canceling shows because I love money,” the wife of Offset said on Instagram Live, according to Page Six. “I’m a money addict, and I get paid a lot of money, a lot of money for these shows. A lot of money. I’m canceling millions of dollars in shows, but like, health is wealth so I have to do what I have to do.”

The “Bartier Cardi” lyricist adds that she doesn’t care if people feel some kind of way about her having breast augmentation and liposuction surgeries. She explains that she is not lazy but just doesn’t have the time to exercise between doing multiple shows back-to-back and in different cities almost every night.

“[People tell me], ‘You lazy, you should just work out,’” Cardi barks on IG Live that was captured by Page Six. “I do whatever the f— I want to do with my body. I don’t have the time of day like you do. Like, my job as an entertainer is a 24-hour job, bro. So no, I don’t have time to work out and I wanted specific things that I know that no matter how much I work out, [will] not get fixed.”

Belcalis Marlenis Almanzar, 26, didn’t just snap at her critics. She also took a veiled swipe at TMZ after it pointed out that her postponed performances actually resulted in increased demand for her.

Cardi addressed that by saying on Twitter that the postponements were “NOT due to ticket sales. Stop fakin s—, f—- outta here.”

As TMZ pointed out, however, that sales of her Baltimore show did go up. People associated with the show told the entertainment publication that an additional 4,600 tickets were gobbled up by fans after she backed out. Cardi is expected to make up the Baltimore show at the end of the summer.