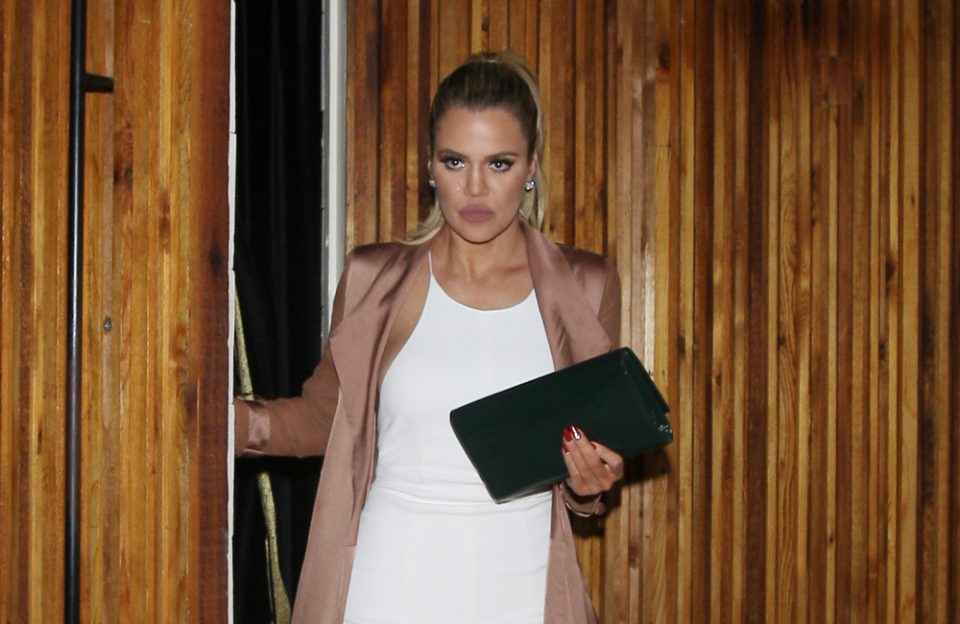 Khloé Kardashian “felt bad” for blaming Jordyn Woods for the end of her relationship with Tristan Thompson.
The “Keeping Up With the Kardashians” star split from the basketball player — with whom she has 14-month-old daughter True — after he locked lips with her family friend in February and shortly after the kiss, she took to Twitter and accused the 21-year-old model of being “the reason [her] family broke up.”
However, Kardashian quickly regretted her tweet.

In a preview for the second part of the “Keeping Up With the Kardashians” finale, she cried as she told her sister Kim Kardashian West: “I realize that the world took that so literally.

“I would never blame solely one person for that. There’s a multitude of things. So, I feel bad — even though Jordyn played a part — I do feel bad if anyone would think I was putting the sole blame on her because that’s not the truth, and I only like to speak my truth.”

But Kim tried to reassure her younger sibling that her actions were understandable.

She told her: “Here’s the thing — I think that we’ve always taken the high road, and I know you have this aggression towards so many people that you trusted that were in your life for years at a time.

“And it was the most f—ed up situation. It should have never happened that way. But I think you just had had it on everyone taking advantage of you.

“And I feel like being in Palm Springs, and us getting you all worked up, just seeing all these different perspectives, I guess you have to go through the motions.”

Khloé, 35, also admitted she was finding it hard having her personal problems filmed for the world to see.

She said in a confessional: “Emotionally you have to be really, really strong for this environment that we’ve created.

“And I know, as much as these people hurt us, I also know that, if this can make them better and if I can be that person then… I know I’m strong enough to do that. It just sucks it has to be so public because no one understands… I’m not just a TV show. This is my life, and it breaks my soul, and it’s happened so many times.”

Khloé had sent her tweet to Woods when the brunette beauty appeared on “Red Table Talk” to discuss what happened between her and Thompson.

The “Revenge Body” host wrote: “Why are you lying @jordynwoods ?? If you’re going to try and save yourself by going public, INSTEAD OF CALLING ME PRIVATELY TO APOLOGIZE FIRST, at least be HONEST about your story. BTW, You ARE the reason my family broke up! (sic)”

But the following day, she backtracked and laid the blame at the sportsman’s feet.

She tweeted: “This has been an awful week & I know everyone is sick of hearing about it all (as am I). I’m a rollercoaster of emotions & have said things I shouldn’t have. Honestly, Tristan cheating on me & humiliating me, wasn’t such a shock as the first time.

“What’s been harder & more painful is being hurt by someone so close to me. Someone whom I love & treat like a little sister. But Jordyn is not to be blamed for the breakup of my family. This was Tristan’s fault.

“I have to move on with my life & count my blessings, my family, my health, & my beautiful baby True. (sic)”

Khloé and Kim discuss the situation in the clip from “Keeping Up With The Kardashians” below.