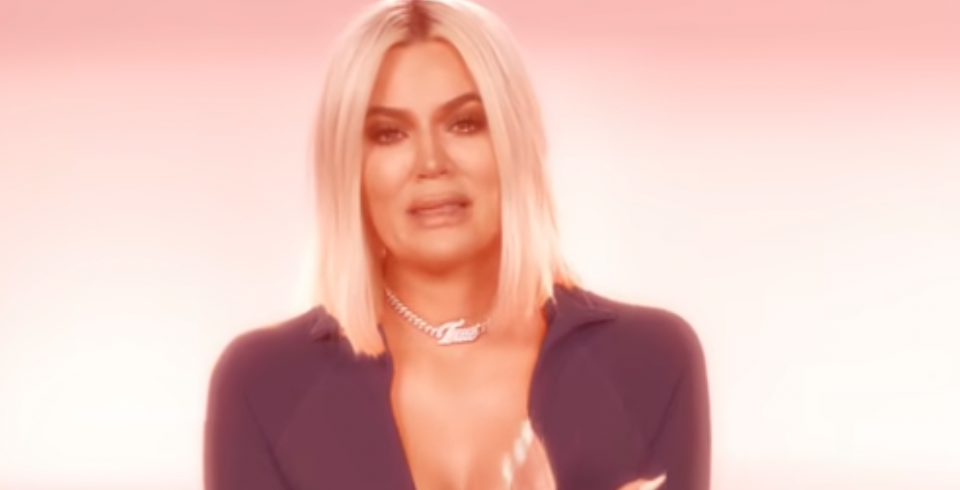 Khloe Kardashian. Image source: YouTube – “Keeping Up With the Kardashians”

NBA baller Tristan Thompson has been conspicuously silent during the entire imbroglio between the Kardashians and Jordyn Woods, despite his contribution to their friendship fallout.

Woods has, as rolling out reported, admitted to having imprudent intimate contact with Thompson and that she stayed overnight at his Los Angeles-area home following a party he hosted.

However, Thompson is ready to burst with fury after Khloe Kardashian said that he wanted to kill himself after she confronted him about his and Woods’ illicit tryst that lead to Kardashian breaking up with Thompson.

According to sources close to Thompson, the Jasmine Brand reports, the Cleveland Cavaliers big man had no intention of killing himself over Kardashian.

During the dramatic season 16 finale of “Keeping Up With the Kardashians,” Khloe claimed Thompson was losing it when his fling with Woods made international headlines and wanted to harm himself as a result.

“He’s like, ‘I can’t stop thinking about you and what mess I have caused,'” Kardashian said during the episode. “He’s doing this to get a reaction out of me. Oh, so I’m just allowed to say ‘I’m going to kill myself’ at any time? That’s crazy.”

Now Thompson, 28, wants to make his intentions unequivocally clear. He blasts Kardashian, 34, for exploiting his words for a storyline to generate ratings and national sympathy.

Thompson claims, according to RadarOnline, that he told Kardashian that he “could not imagine living without her,” but that he never meant he wanted to die because Khloe Kardashian wanted to dump him.