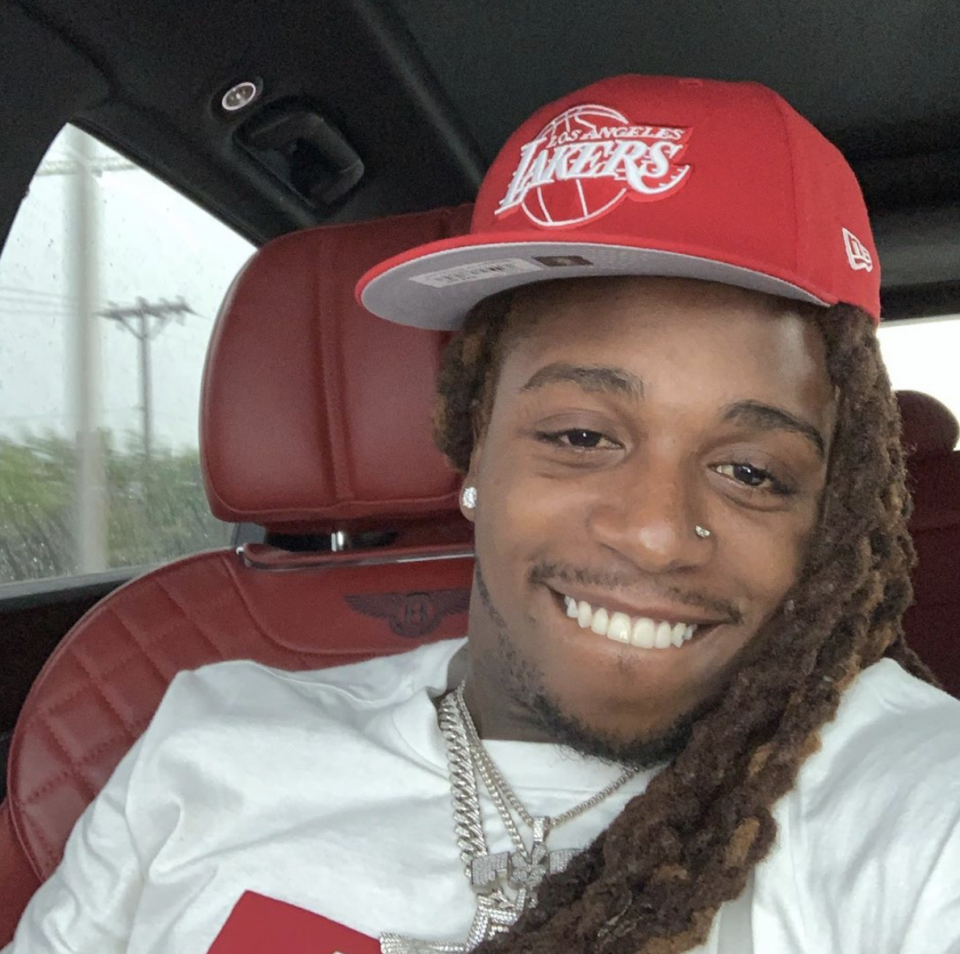 R&B singer Jacquees has replicated two iconic photos of Cassius Clay, aka Muhammad Ali, and he has the internet buzzing.

The singer, who released his debut album, 4275, in 2018, took to Instagram Tuesday, July 2, 2019, and shared his version of the famous images of Ali training underwater, which was taken in 1961 by photographer Flip Schulke for Life magazine, and sitting inside a bank vault, which was captured by Ali’s longtime friend Howard Bingham. (A similar version of the bank vault photo was taken by Richard Meek and appeared on the cover of Sports Illustrated on Feb. 24, 1964.)

Jacquees captioned the photo with one of the boxer’s most notable quotes: ” Float like a butterfly, sting like a Bee – Muhammad Ali Miami 1961, Miami 2019, #Round2.”

In his version of Ali’s training photo, the singer is submerged in water, wearing white boxing shorts with black trim similar to those the famous boxer wore. The significant difference between his photo and the original is Jacquees is holding a microphone, while Ali had his fists raised.

In the second photo of him in the bank vault, Jacquees is sitting next to a pile of money. He added the caption, “He who is not courageous enough to take risks will accomplish nothing in life. – Muhammad Ali, 1964, 2019, #Round2.”

The images received mixed reviews and left some people speculating about the reason for the photo shoots.

Yet another poster was having none of it. He wrote, “Boy no… Why would you compare yourself to a legend like him… You DON’T, CAN’T, and WILL NEVER reach his level.”

Jacquees received backlash in December 2018 when he said, “I just want to let everybody know that I’m the king of R&B right now…for this generation.”