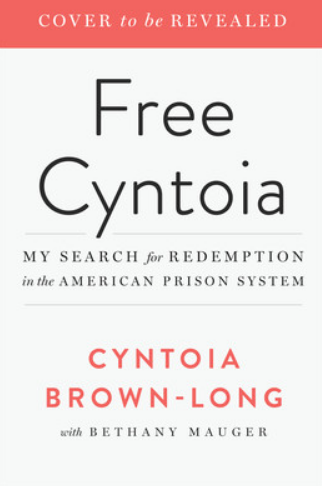 Cyntoia Brown, the former sex trafficking victim who was sentenced to two life sentences for killing a man before being granted clemency, is now a married woman, according to her attorney as well as CBS 17, The Tennessean and WKRN News 2.

Brown’s attorney, Ed Yarbrough, told WKRN News 2 that when Brown was released from the Tennessee Prison for Women, she was picked up by her husband who was accompanied by two bodyguards and a literary agent. Fox 17 Nashville wrote that it could not find a local or state marriage license, but the station stated it confirmed that Brown is married to a Texas rapper named J. Long.

The Tennessean newspaper reports that Brown, 31, got married sometime during her 15 years in the Tennessee Department of Corrections system. Moreover, the newspaper quoted Brown’s publisher, Atria, a division of Simon & Schuster, which wrote that Brown “looks forward to starting her life as a recently married woman,” as part of the news release on her upcoming book release.

Furthermore, the cover of Brown’s upcoming book, Free Cyntoia: My Search for Redemption in the American Prison System, has the name “Cyntoia Brown-Long” in large letters.

CBS 17 – WNCN acknowledges that they also could not find a marriage license on file for a person with the name Cyntoia Brown in Davidson County nor anywhere in the state of Tennessee, but deferred to the statement made by her lawyer and literary agent at Simon & Schuster.

On the website for Simon & Schuster, it reveals this telling info in Brown’s bio;

“For the first time ever, Cyntoia shares the details of her transformation, including a profound encounter with God, an unlikely romance, and an unprecedented outpouring of support from social media advocates and A-list celebrities, which ultimately lead to clemency and her release from prison.”

Brown, of course, garnered international attention and major celebrity backing after the airing of the documentary Me Facing Life: Cyntoia’s Story. Her story of being abused, raped and sold into prostitution, then killing a man in self-defense before being sentenced to life in prison inspired the #FreeCyntoiaBrown movement.

The enormous groundswell of support eventually led to her being granted clemency by then-Gov. Bill Haslem in January 2019.

Fox 17 Nashville reports that now that Brown is free she will begin her new life with a job that has been lined up for her and will live with a host family. And, we might add, she will reportedly begin that life as a married woman.