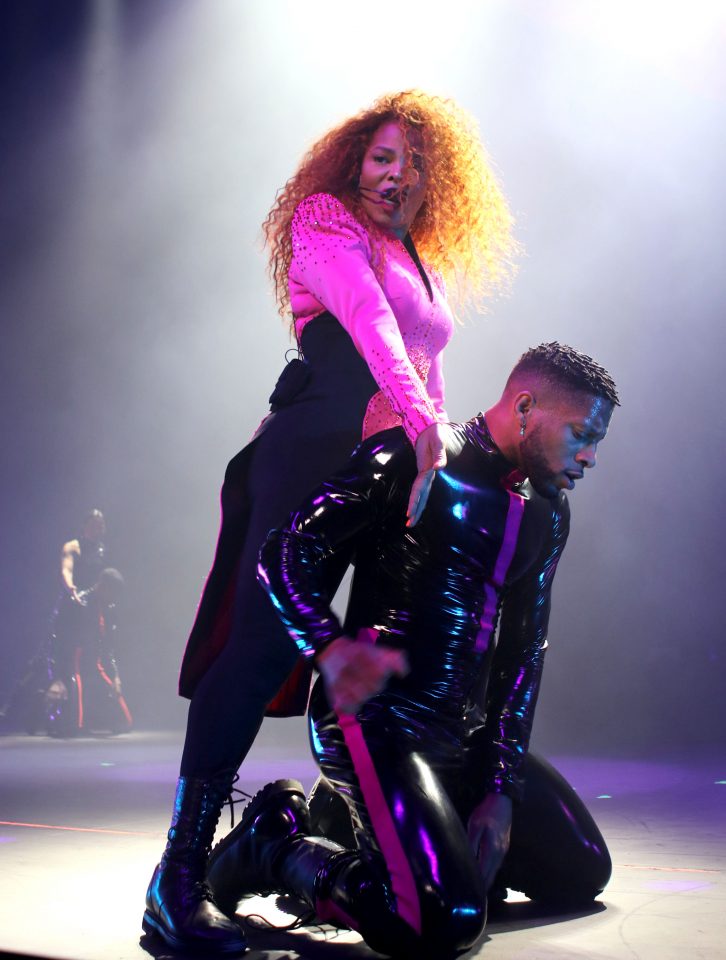 Global music icon Janet Jackson made her performance debut at MGM Casino in Las Vegas, at the tender age of 7. Some 46 years later, Jackson is back at MGM and she returns replete with her massive catalog of hits and an army of dancers. The singer is giving audiences two hours of nonstop entertainment during her Metamorphosis show at Park Theater at Park MGM resort.

Janet went deep into what feels like an endless onslaught of hits, including “If,” “Control,” “Nasty,” “Pleasure Principle,” “When I Think Of You,” “That’s The Way Love Goes,” “I Get Lonely,” “Together Again,” “Throb,” “I Get Lonely,” “It’s All For You,” “Miss You Much,” “Let’s Wait A While,” and “Alright,” and that’s just for starters. Most songs — save the ballads — were accompanied by elaborate dance moves that have become the signature of a Janet Jackson performance.

And the stars have made it a point to see Jackson at her Las Vegas stop, including Beyoncé, Queen Latifah, Gabrielle Union, Eve, Magic Johnson, and Questlove to name a few. There is still time to catch the music icon, as Jackson has four shows left in her Las Vegas residency: Aug. 10, 14, 16 and 17.

Though she has been performing for nearly half a century, the international superstar shows no signs of slowing down.

Since opening in spring 2018, Park MGM has become the premier Las Vegas show for residencies by top name performers.  Bruno Mars returns to Park MGM next month with seven shows at the venue.

Click below for footage from the Las Vegas residency Metamorphosis.

#weekendvibes Can’t wait to see you all in Vegas this month. 💜 #MetamorphosisVegas #ChinaLove *link in bio*