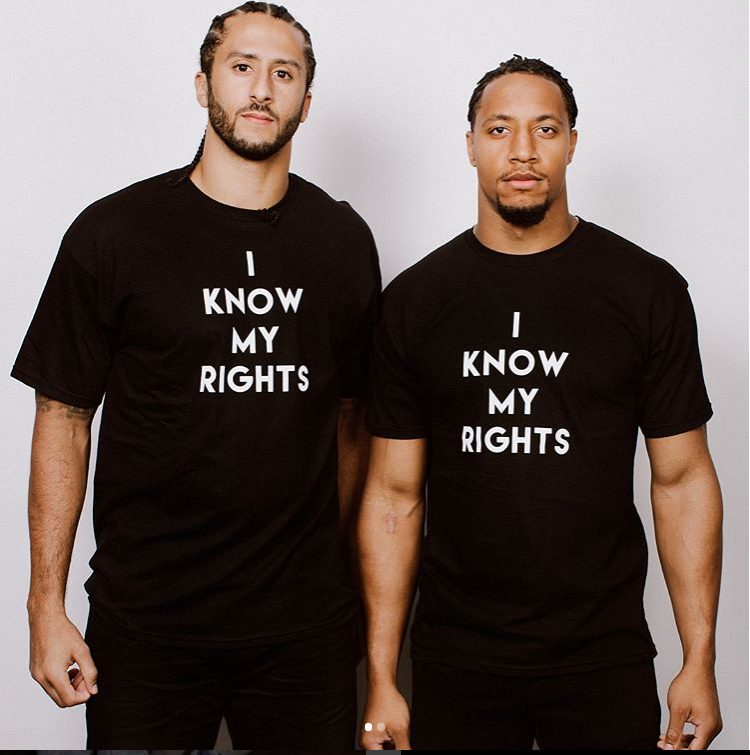 Eric Reid, one of Colin Kaepernick’s closest friends who also kneeled to protest police brutality and judicial injustice, told the media he is disgusted that Jay-Z is angling to own a team.

When the media told Reid after the Carolina Panther’s preseason game that Hov was set to become a part-owner of a team, Reid came close to calling the rapper a “sell-out” when he referred to the prospect as “despicable.”

“Jay-Z claimed to be a supporter of Colin, wore his jersey, [and] told people not to perform at the Super Bowl because of the treatment that the NFL did to Colin. And now he’s going to be a part-owner and it’s kind of despicable.”

Jay, who was already taking heat from Reid and other members of the Black community for becoming a partner with the NFL and commissioner Roger Goddell to handle the Super Bowl halftime shows, wonders if Kaepernick will remain unemployed.

“If Jay-Z is gonna be an owner, is Colin gonna be signed the day he becomes the owner of a team? We’ll see,” he said. “I think he has a very small window with an ownership position to make a move to get Colin on the field, whatever team he’s on.”

Listen to Reid speak with the press below:

“Jay-Z claimed to be a supporter of Colin … and now he’s going to be a part owner. … It’s kind of despicable.”

Eric Reid spoke on reports that Jay-Z is interested in becoming part owner of an NFL team. pic.twitter.com/akYOt74rnE

I asked Eric Reid if he thought Jay Z was a sell out and here was his answer. pic.twitter.com/ZZLm0q8bVU