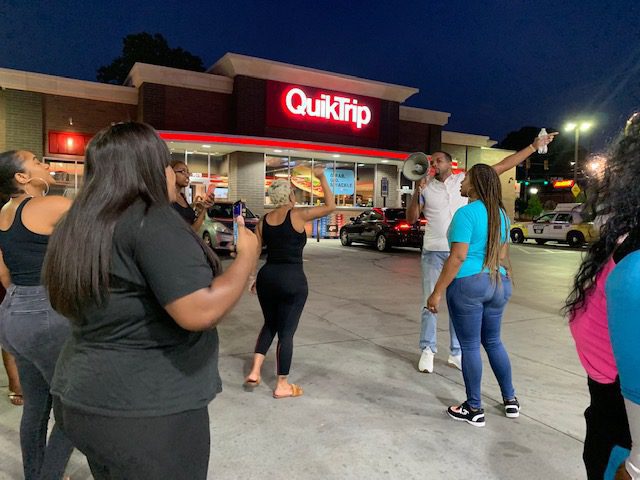 Alexis Skyy and Sabrina Peterson recently were robbed at gunpoint while at a gas station in Atlanta. The incident reportedly occurred at a QuickTrip gas station during at midnight on Sept. 8.

Skyy and Peterson told this publication that after the two criminals drove away with the vehicle, they asked the store owner to see the video footage. The store clerk called 911 and told the victims that they could not see the videotape.

“This is the same guy,” Skyy said. “He is robbing other people. Our kids could have been in the car. They wanted that car and anything could have happened. This has to stop. They need more security here.”

Peterson continued. “My issue is that there are people out here doing this,” she said. “They have my $100,000 car and information. They will only allow the police department to see the tape.”

On Sept. 10, Skyy, Peterson and Jay Morrison led a protest at the gas station to encourage the owner’s of QuickTrip to provide more security and access to the surveillance tape.