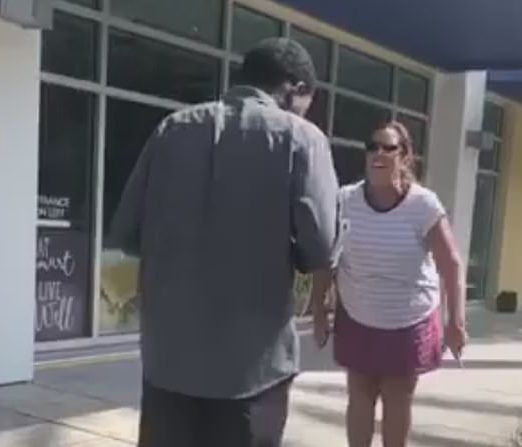 A White woman has gone viral for her racist antics aimed at a Black kid. The incident, which took place in St. Petersburg, Florida, began after a White woman decided to bother a 14-year-old Black kid who was minding his own business.

The 14-year-old, who has yet to be named, dropped a gum wrapper by mistake. As a result, the unidentified White woman began yelling at the kid, “Pick it up, find it, get down on your knees and find it.”

When the teen decided to turn around and walk away, the woman continued to harass the Black kid by yelling, “Don’t care little n—-” the woman said. “That’s how you are. All y’all… no care fucking n—-.”

Daysha Adriana captured the incident on her cell phone camera and uploaded it on social media. The video eventually went viral leading to thousands of comments and shares.

“Maybe tourists should boycott Florida,” Twitter user @table4oneplease wrote. “I live here, but I feel as if tourist dollars matter more to the GOP than my vote. They could care less about our complaints, but they understand the pain of losing money. I have asked my family to move our reunions to another state for now.”