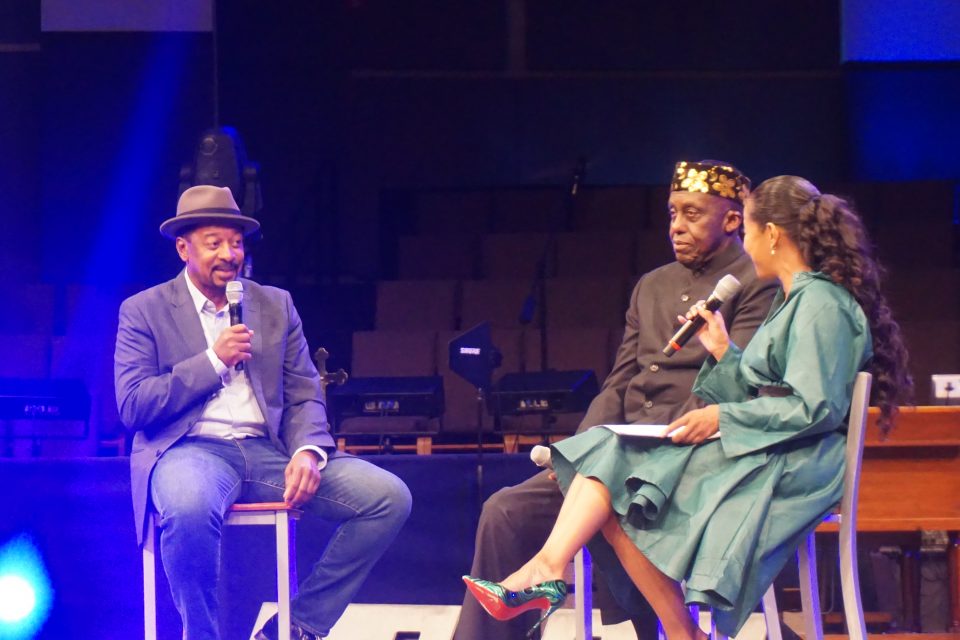 Robert Townsend, Bill Duke, and Lisa Wu during the Legends Panel at the Imaginarium Film and Music Panel. (Photo by Joy Nealey for Steed Media)

Future filmmakers were front row during the Legends Panel with Robert Townsend and Bill Duke at the Imaginarium Film and Music Festival. Moderated by the executive producer of the event, Lisa Wu. Lou Gossett Jr. was scheduled to participate in the panel, but was unable to attend the festival due to sickness.

The Imaginarium Film and Music Festival kicked off on Friday, Oct. 18 and concluded on Saturday, Oct. 19 at New Birth Missionary Baptist Church in Lithonia, Georgia. The festival is geared toward helping music artists and filmmakers rise to a platform where they are seen by individuals who can help them get to where they want to be.

Both Townsend and Duke shared advice for filmmakers as they break into the industry, and spoke on personal experiences, at one point even touched on Georgia’s Heartbeat Bill.

“If you want to be born, be born, but you have to keep your faith strong,” Townsend said emphatically.

At the end of the discussion, the floor was open to any questions in relation to the film industry for Townsend and Duke. The two answered openly and candidly so that everyone in the crowd could relate. 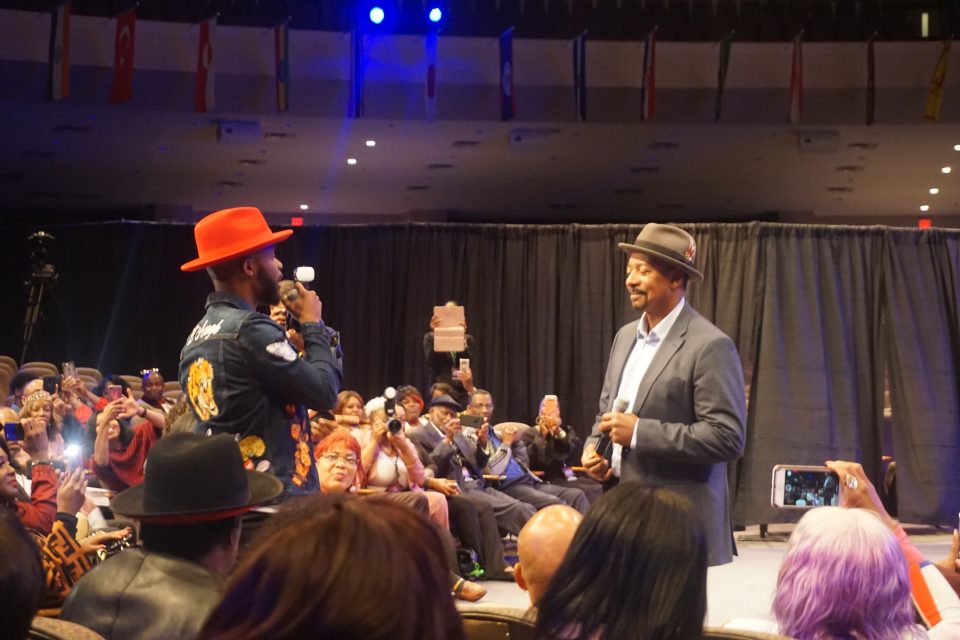 Travis Malloy and Robert Townsend during the Legends Panel at the Imaginarium Film and Music Festival. (Photo by Joy Nealey for Steed Media)

As the Q&A session came to an end, singer and songwriter Travis Malloy got emotional as he commended Townsend for the work that he has done and the level of impact that he has had on Malloy’s life.

Immediately following the panel discussion, a documentary was shown to the audience on the creation of the movie The Five Heartbeats.