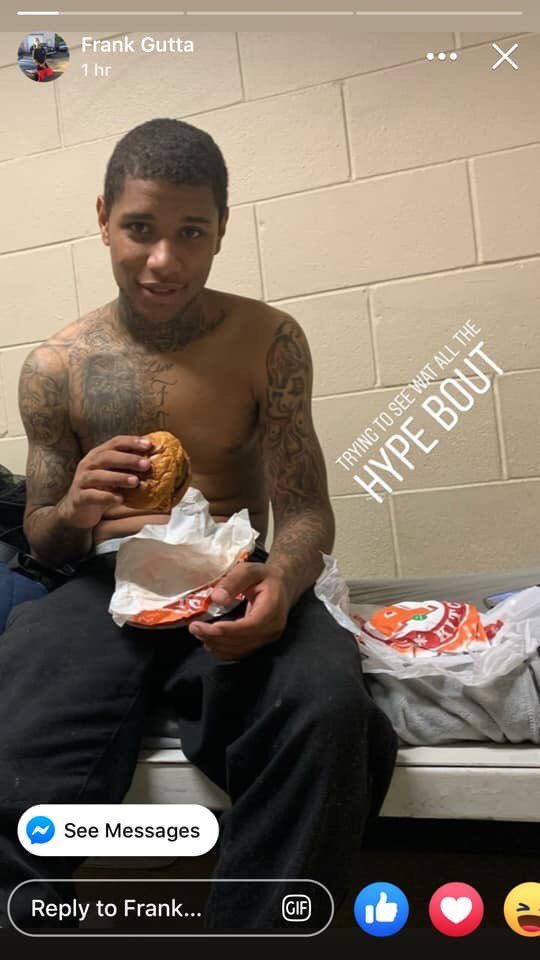 An inmate has gone viral after allegedly smuggling a Popeyes chicken sandwich into prison. On Nov. 14, Twitter user @eugene3000 posted a photo of an inmate named Frank Gutta eating the chicken sandwich, according to Daily Mail.

Another photo showed a close-up of the chicken sandwich with the words “Thanks bae” on the caption. The photo of Gutta, whose real name has yet to be revealed, has since garnered over 20,000 retweets.

Since returning to the market, Popeye’s chicken sandwich has caused a frenzy as long lines at restaurants have led to arguments, violence, and even death.

The jail or prison where the photo was taken has not been released.

He In Jail How He Got That Popeyes Chicken Sandwich
#PopeyesChickenSandwich pic.twitter.com/pLDP5tJVLr

How tf has someone in jail tried the PopEyes sandwich before me?

Dudes in jail got their hands on the Popeyes chicken sandwich before I did 😩 Someone said no wonder Kodak wanted to be in there so bad 💀 pic.twitter.com/HxKiKtrYGT

People in jail tried the Popeyes sandwich before me!? Smh