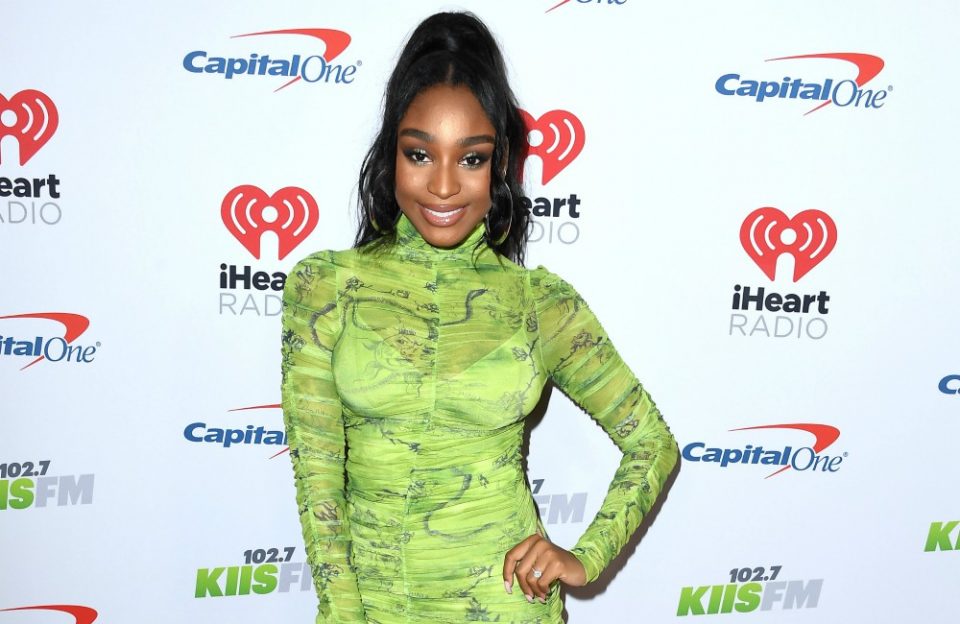 Normani has revealed a juicy secret about Michael B. Jordan.

The 23-year-old singer has admitted she has the hots for the Creed star after watching the movie series — in which he stars as Adonis Johnson, the son of Apollo Creed from the Rocky movie franchise — and has said she “loves” the hunky actor.

And the Fifth Harmony star interrupted: “Actually, this could help me out. I’m gonna put it out there.”

Normani then got nervous and refused to dish on the identity of her celebrity crush, but eventually admitted he stars in Creed.

When asked if her mystery crush was the 32-year-old actor, Normani conceded defeat, and admitted: “Love him. Seems like a nice guy.”

Meanwhile, the “Motivation” hitmaker recently revealed she is a “perfectionist,” and said that she often feels “vulnerable” as a solo artist.

Speaking in August after the release of “Motivation” she said: “Putting something out is a vulnerable moment because you give everybody the opportunity to pick apart something you’ve worked incredibly hard on.

“Ultimately, I guess it paid off, and I’m happy that everybody loves it. I’m such a perfectionist.

“Even seeing the final version — I wouldn’t say I’m 100 percent happy with it, but I know for sure that it’s just going to motivate me to get it 100 percent right next time.”