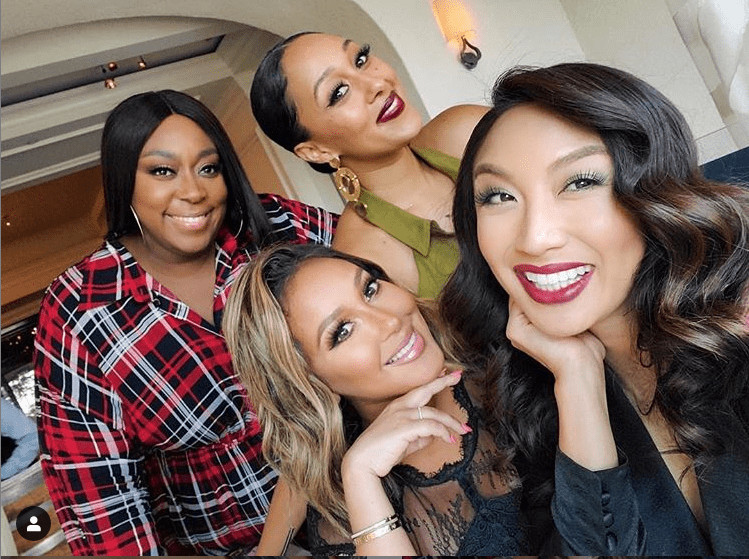 In the aftermath of rising rapper Juice WRLD’s sudden death this past week at 21 due to apparent drug abuse – though the actual cause has not been confirmed officially – “The Real” co-host Jeannie Mai recalls her darkest days with drugs.

“I definitely experimented, and I know now at 40 looking back that I had a really dark time in my life when I split from my family and moved out, lived in San Francisco … like, every drug you can imagine was there … and honestly, it replaced the joy that I didn’t have,” she said. “So … being high was so much more ‘fun’ because it felt like, ‘Oh, I feel special, I feel like a rock star, I feel loved.’”

But then Mai said she quickly experienced the tremendous lows that come from drug or alcohol abuse that made her feel worse than the pain she was escaping.

“You say anything you want to say, you’re fearless … and then that crash — that crash is what made me realize that it was darker than the pain that I actually had in my life,” Mai added. “And that led me to go, ‘Oh, shoot, this ain’t for me.’ Because that pit — yo, it’s the dark place. It’s not a place you want to go.”

Mai, who is dating rap legend Jeezy, also talked about the dangers in rap lyrics normalizing abusing powerful prescription medication such as those that eventually killed Michael Jackson, Prince and many others.

“I mean we’re at the club singing, ‘Molly, Percocet,’ like this is so easy, but we’re talking about things that actually kill you,” Mai said.

“And kids don’t know what it is, so they’re looking it up and then when they hear it, they’re like, ‘Oh, this matches that song, with that artist that looks so cool.'”

Check out Mai’s courageous discussion in its entirety on “The Real” by flipping the page: