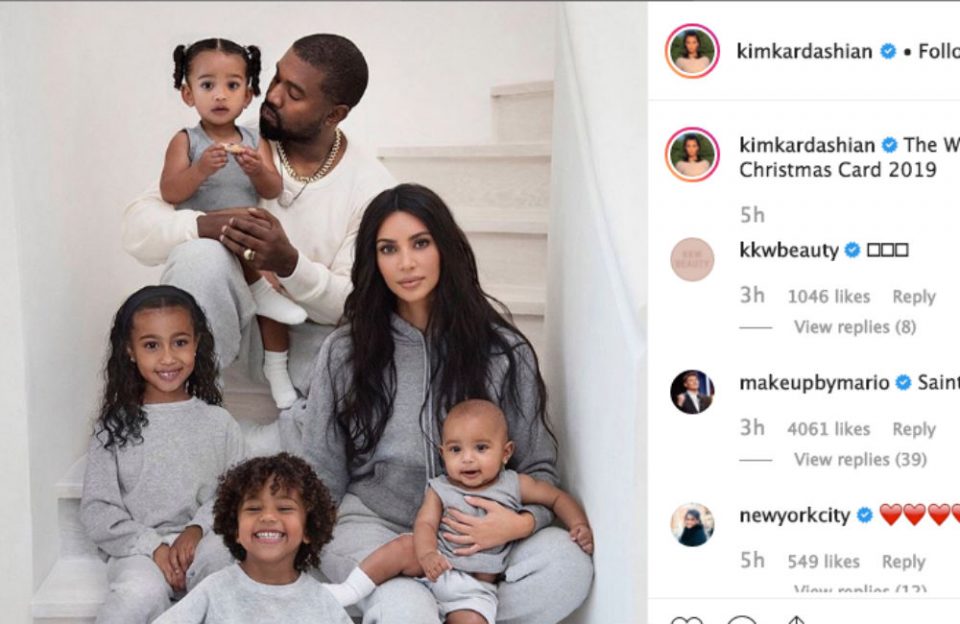 Kim Kardashian West has admitted that she had to photoshop one of her children into their family Christmas card.

The “Keeping Up With The Kardashians” star decided to just include her immediate family — her husband Kanye West, 42, and their kids, Psalm, 7 months, Chicago, 23 months, Saint, 4, and North, 6 — on this year’s card, but admitted that North had to be digitally added afterward as she was “having a day.”

She told chat show host Ellen DeGeneres: “It was a time thing and it was hard to wrangle everyone together so I said I’ll just do my own family…

“It was so much anxiety with the four kids, North was having a day and I said fine we’ll do it without you but then she said she just wanted to shoot with me.

“So I said fine we’ll just Photoshop her in. So that’s not actually her in the picture. The anxiety I went through to get that picture. There’s always one.”

It was previously revealed that Kardashian, 39, deliberately kept the annual card to just her, Kanye and their kids this year, as she wanted a “relaxed” family Christmas card after last year’s caused so much stress.