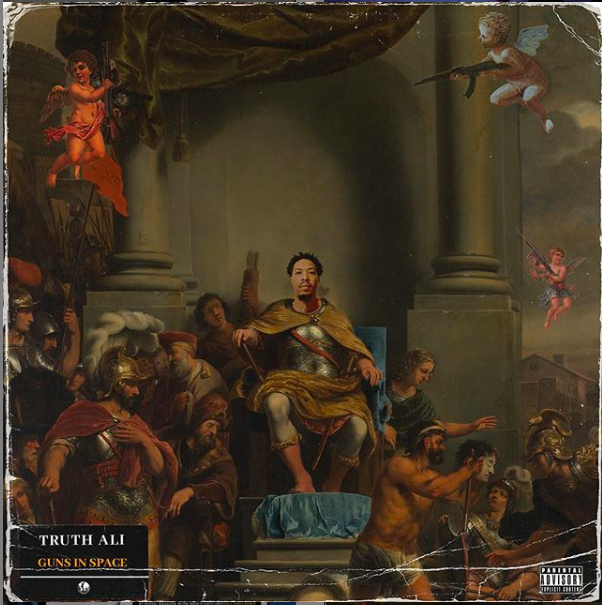 Truth Ali is on the rise. His high-energy approach to rap is multilayered with a focus on lyricism.

Rolling out recently spoke with the California native about his latest single, “Guns in Space,” the universe and what motivates him.

What inspired your single’s cover art?

I’m big on art with layers. The song concept is basically just [an] emcee gun busting on the surface. Under the surface, it’s about the mind being a universe. The universe is always expanding, so if you shoot a gun in space, it’ll go forever, kinda like my flows.

You talk about your mind being a part of someone’s universe. How does your mind manifest the things you are looking to accomplish in the industry?

Why did you think this was the perfect time to promote your single?

I think kicking the new year off with a bang made sense. I’m big on understanding trends, and I see hip-hop in the mainstream starting to tilt back to the lyricist. There always was and always will be dope lyricists, but the difference is it became a little harder to break out as a lyrical artist on the mainstream level. I see that starting to change, and for someone who’s No. 1 passion is being lyrical, it’s exciting.

Life. That sounds boring and bland, but it’s actually the opposite in my case. It’s so much happening around us literally every second of the day, so I never understood not being inspired. I think with creative flow it’s a fine line between working real hard but then also kind of letting it come to you naturally.

I have an album on the way January 2020. It’s called In Vivo. I’m hella excited about it. I feel like I’ve found my niche and what energy I want to convey.

Take a listen to the single below.