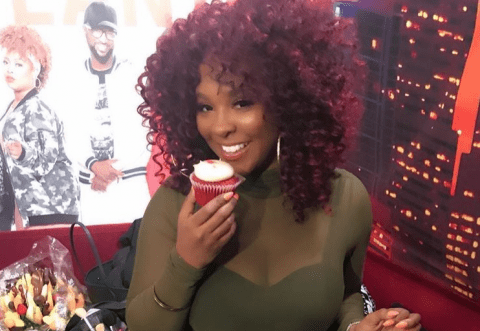 Comedian Kevin Hart is being subjected to a new round of scrutiny after his Netflix docu-series, “Don’t F— This Up,” dissected his infidelity during his marriage to current wife Eniko Hart.

In the program, Eniko Hart shares her reaction to seeing footage of his cheating.

“I called him, I’m crying, I’m like pissed. Right then and there, I kept saying, ‘How the f— did you let that happen?’ You publicly humiliated me. Your whole everything’s on Instagram, everything’s on social media. It was an ongoing fight all the time. Every single day,” Eniko Hart said.

Torrei Hart, the comedian’s first wife was not sympathetic to her successor. In fact, she maintains that Eniko Hart slept with her ex-husband while they were still married.

As such, Torrei Hart had this to say in the caption to the below photo:

Let that anger go girl you did it to yourself! ✌️

A couple of followers on Instagram seem to think that Torrei Hart’s comment was a swipe at wife Eniko Hart:

One person admonished Torrei Hart to “Let it go💕.”

But another person retorted with: “@marcia_l_dyson let what go ? she good Now it’s her time to laugh and talk that s—.”

Torrei is just gloating because she knows he cheated on her with Eniko and now….well…

Torrei is never taking her foot off Eniko’s neck. EVER 😭