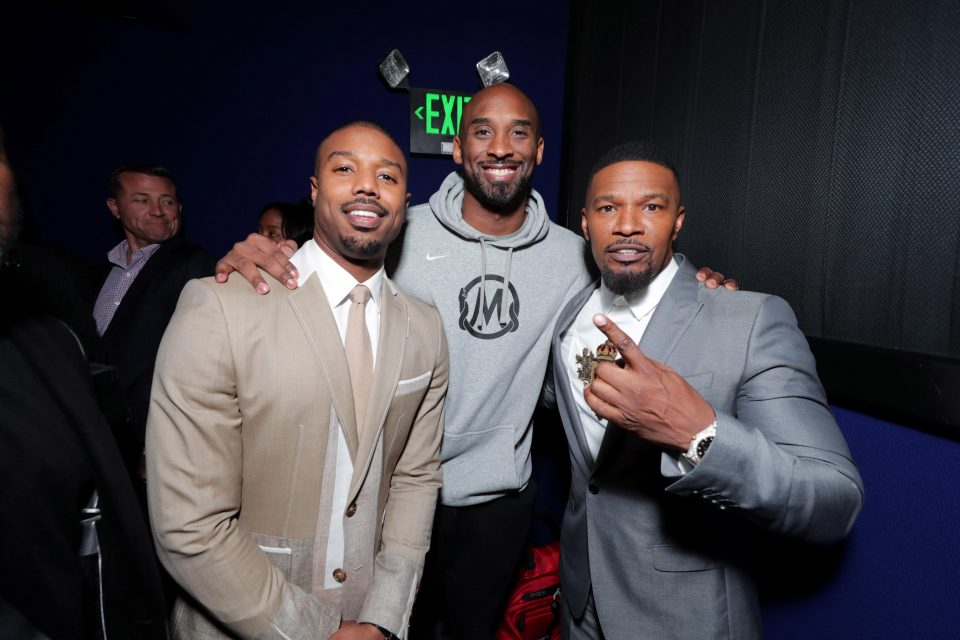 Michael B. Jordan (left to right), Kobe Bryant and Jamie Foxx at a special screening of Just Mercy in Los Angeles, on Jan. 6, 2020. (Photo by courtesy of Warner Bros.)

In the new film Just Mercy, actors Jamie Foxx and Michael B. Jordan shine a light on the broken justice system and one man’s efforts to fix it.

The film chronicles the real-life story of defense attorney Bryan Stevenson, played by Jordan, in his early years as a Harvard-educated lawyer who moves to Alabama to represent death row inmates.

It is after that move that Stevenson encounters Walter McMillan, played by Foxx, a man awaiting execution despite the fact that there was no real evidence supporting his conviction for murdering a White teenager. With the assistance of his legal clerk, Eva Ansley (Brie Larson), Stevenson takes up McMillan’s fight for a new trial. In a town that lacks empathy and the pursuit of justice, Stevenson bravely fights for those who need it most.

Rounding out the talented cast are O’Shea Jackson in the role of Anthony Ray Hinton, a death row companion of Walter McMillan’s and a client of Stevenson’s, and Karan Kendrick, who plays Walter McMillan’s wife Minnie, who is faced with the struggles of raising the couple’s children and holding the family together.

Rolling out caught up with  Jordan, Foxx, and Stevenson on the red carpet at the Jan. 6 screening of Just Mercy in Los Angeles, where they spoke about the importance of fighting for the voiceless, the 2020 national election and the responsibility of all citizens to call out injustice wherever we encounter it

“I want the community to embrace this movie. Criminal justice is such a huge issue and I feel sometimes people feel intimidated and paralyzed. Hopefully, when they leave the movie they’ll feel inspired ” Jordan said.