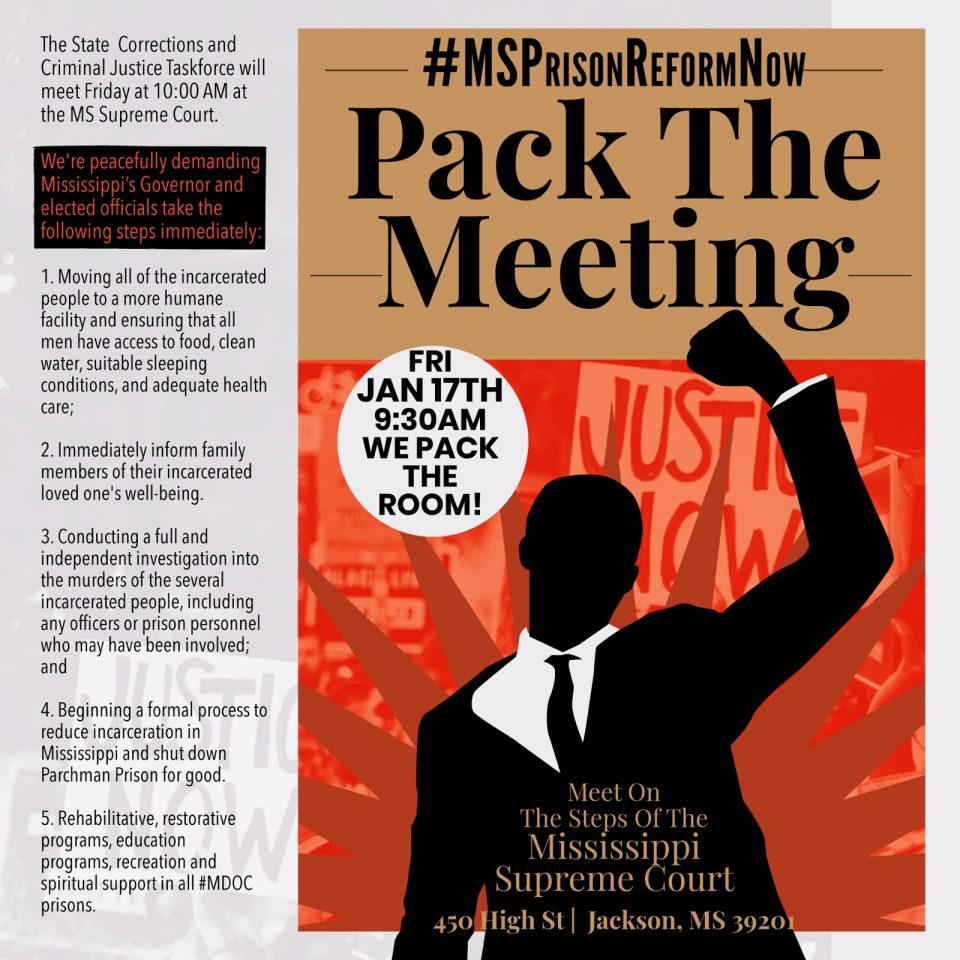 Let’s not forget about the prisoners. They are the ones who are suffering the most. Low-level offenders are sharing rooms (if you could call them that) with high-level offenders, so a petty thief could be sharing a bunk with a serial rapist and killer.

Add the lack of food or running water, black mold, beds without mattresses, flooded quarters, dead bodies lingering for days and no access to any sort of civilization to the mix, and what do you really think is going to happen? Peace? Tranquility? Doubtful. Try all-out war.

And that’s essentially what happened. Not a couple days of mayhem but a prison that for years has systemically and intentionally denied the rights of prisoners, treating them like animals while working them and profiting off of their labor and subjecting them to conditions that wouldn’t even be suitable for their animals.

The Mississippi Department of Corrections and the state of Mississippi profit generously from the free labor of inmates that they treat worse than slaves. But it’s only fitting, right? Parchman prison is, after all, situated on a plantation. That’s its history.

Nothing’s changed except the fact that, even after slavery was abolished, even after Jim Crow, even after the Civil Rights Movement, the prison system has effectively managed to brainwash the masses — Black and White — into thinking that these inmates are getting exactly what they deserve. They committed a crime; they should do the time.

But many are doing way more than time for their crimes. Many of them are unable to even do their time because they’re dying preventable deaths, and for what? Because no one has bothered to do anything about it.

That is, until now.