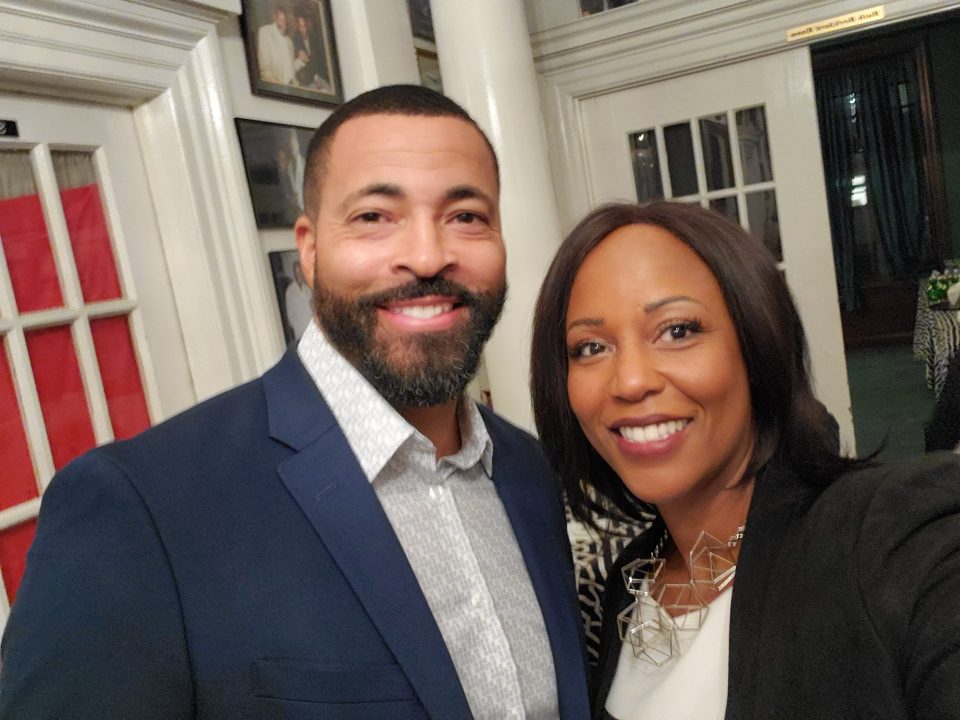 A torrential rainstorm couldn’t keep Oakland, California’s progressive crowd away from a legacy Congressional candidate. Maya Rockeymoore Cummings, Ph.D., was greeted by supporters at the historic venue, Geoffrey’s Inner Circle, which has opened its doors for political events, fundraisers and public gatherings for five decades.

A campaign fundraiser was held there in Cummings’ honor on Thursday, January 16, 2020. She is running for the Congressional seat of her late husband, former U.S. Rep. Elijah Cummings, who represented the Baltimore area for more than two decades and also was a key leader in the impeachment probe of President Donald Trump.

“Geoffrey Pete is an Oakland institution. I was pleased to be welcomed by him, actor Timon Kyle Durrett and a network of Bay Area supporters for tonight’s fundraising event honoring my campaign for Congress. I’m running to build on Elijah’s legacy and to bring hope to Maryland’s 7th Congressional District,” Cummings said. “It’s exciting that my candidacy resonates with so many.”

Pete owns Geoffrey’s Inner Circle and is Cummings’ longtime friend. Within a matter of a few days, he tapped his network of politicians, developers and entrepreneurs to support her candidacy.

“We have to learn to put our money on the line to make change,” Pete said.

Cummings, who laid her husband to rest in October after “complications concerning longstanding health challenges,” is steadfast and transparent about her own health. She has disclosed having a double mastectomy to delay a breast cancer onset because it took her mother’s life in 2015. Above all, she says she is strong and ready to fight all the way to victory.