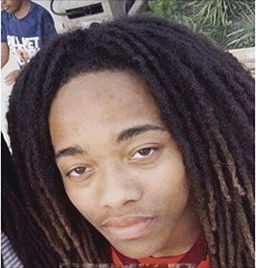 Arnold could be forced to miss his high school graduation because of the length of his hair.

Currently a senior at Barbers Hill High School in Mont Belvieu, Texas, which is about 30 miles outside of Houston, Arnold was told that he will not be able to participate in graduation unless he decided to cut his dreadlocks, according to KPRC.

On Jan. 29, Arnold made an appearance on the “The Ellen Show.”

During the show, DeGeneres told Arnold, “I’m sure this is not easy or comfortable for you, but I want you to just relax and know that I’m here for you.”

Arnold told DeGeneres, “Every day I would go to school, I would be in dress code. But the thing with them is, if it was let down, I would be out of dress code.”

Arnold’s father is from Trinidad and his family wears locs as a cultural tradition. Three months before graduation, the Barbers Hill Independent School District changed its dress code in terms of hair. The rules state that “hair must be clean and well-groomed” and, on male students, not extend at any time below the eyebrows, ear lobes or the top of a T-shirt collar — including when let down.

Arnold is not allowed in school and cannot attend graduation until he complies with the new dress code.

During Arnold’s appearance on her show, DeGeneres spoke into the camera and urged officials “to do the right thing” by saying, “I am begging you. This kid is a good kid. He deserves to graduate, to walk with all the other kids. He’s a good guy. I just am urging you to do the right thing. Please.”

Afterward, she invited singer Alicia Keys to stage who awarded Arnold, who plans to become a veterinarian, a $20,000 scholarship for college.

Across the nation, several states have passed laws banning discrimination against natural hairstyles. California and New York were the first states to enact such laws during the summer of 2019, and New Jersey, Michigan, Wisconsin, Illinois, Kentucky, Ohio and Maryland have followed suit, proposing legislation similar to California’s and New York’s.