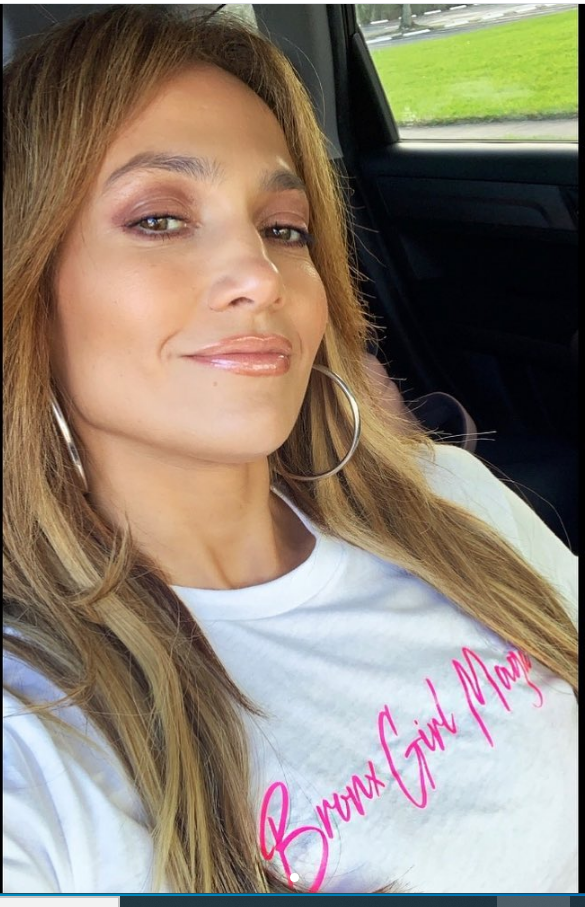 Many Black women’s feelings about Jennifer Lopez using the phrase “Bronx Girl Magic” can be summed up with this tweet:

can black girls have anything. anything at all.

J-Lo faces charges of being a culture vulture after she stunted with a t-shirt while leaning back inside her vehicle with the words “Bronx girl magic” stenciled across the front.

The singer and actress, 50, is preparing for her hotly-anticipated Super Bowl performance in South Beach this weekend and used the phrase to represent her roots and to motivate herself.

According to Huffpost, the Black Girl Magic movement was popularized by CaShawn Thompson back in 2013 in order to “celebrate the beauty, power and resilience of Black women.” The phrase has since morphed into a powerful movement and an annual awards extravaganza.

This is not the first time that the “I’m Real” singer, who is set to marry former baseball star Alex Rodriguez, has been accused of jacking someone else’s swag. Many Blacks also said she blatantly ripped off singer Ashanti as well.

But while many accuse J-Lo of cultural appropriation, other Black women came to her defense.

Check out the debate as it rages on Twitter:

Always stealing from black girls. Nothing new. Nothing innovative.

This is really wack, Jennifer.

There is nothing wrong with her hashtag…. yall so sensitive. I support J Lo #BronxGirlMagic Yessir! 😂😂😂😂😂😂😂 https://t.co/vuSbeCgnhk

Hell yea #BronxGirlMagic ! I’m from the Bronx, Latina American and proud! Anyone who has a problem with Bronx girl magic is just sad.. https://t.co/JdyHbBMxy2

People hate her now cus she wore a shirt and is making merchandise saying #BronxGirlMagic .. and people are saying she stole it from #BlackGirlMagic .. Calling her a culture vulture

It’s so funny, Blacks say, “ Puerto Rican’s are Black too”, the minute PRs do something that don’t like, there an uproar. It say #BronxGirlMagic-so what?!