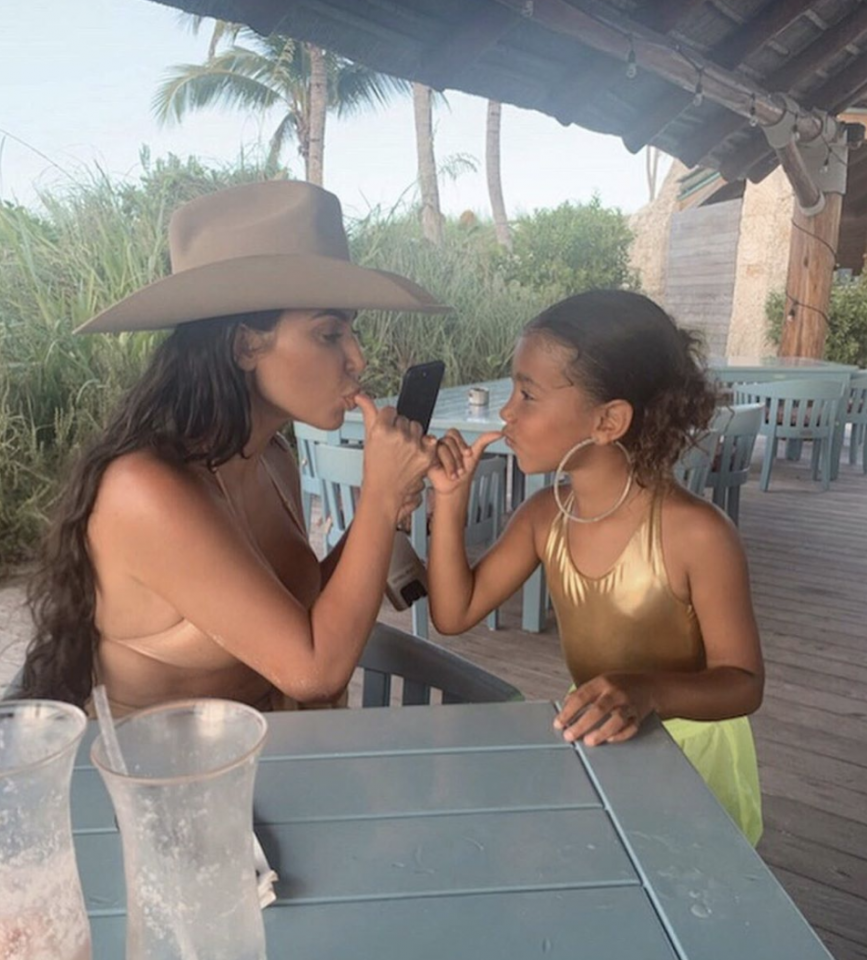 Kim Kardashian West has revealed that she and Kanye West’s 6-year-old daughter, North, already has a “private” profile on the video-sharing platform — but she isn’t “allowed” to share any of her clips with the world just yet.

Speaking to “Entertainment Tonight,” Kardashian said: “North has a private TikTok account, so we do lots of TikToks together, and she puts them in drafts.

“She’s not allowed to post them, but we have a lot of TikToks.”

However, the 39-year-old star hinted she may be tempted to share one of the videos on her own profile at some point.

Kardashian — who also has Saint, 4, Chicago, 2, and Psalm, 9 months, with husband Kanye West — previously revealed how her eldest daughter is “so helpful” when it comes to looking after her siblings.

The brunette beauty wrote on Instagram: “Flashback to when Psalm was so little. My baby Northie is so helpful. How are my babies getting so big?”

Kardashian is raising her children to be “compassionate” and although they “know they are blessed” to come from a privileged background, she is ultimately trying to teach them to be “good people.”

The reality star — who has as many as 159 million followers on Instagram and 63.3 million followers on Twitter — told The Sunday Project: “I do the best I can, and I really do believe my children are well adjusted and know they are blessed, but understand to be really compassionate.

“They’re really good people, and that is my number one goal in life.”