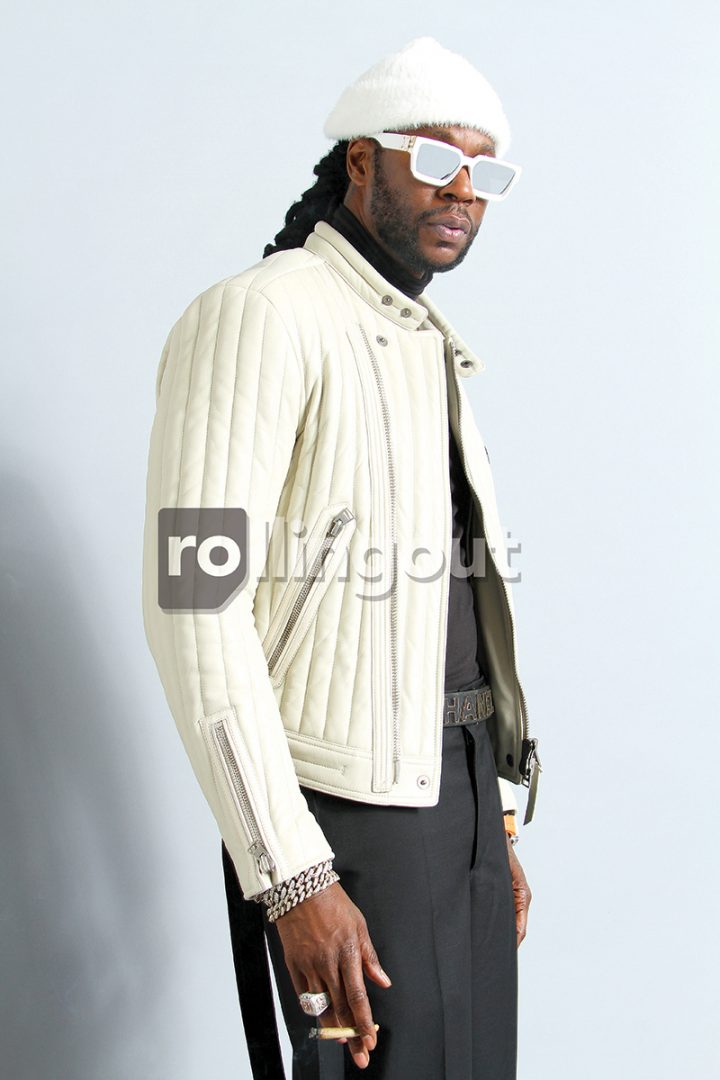 It seems like only yesterday 2 Chainz was a young rapper on the rise.

In the summer of 2007, he was at an industry event at Atlanta’s Patchwerk Studios and primed for greatness. As one half of the Playaz Circle, he’d just scored a massive hit in the Lil Wayne-assisted “Duffle Bag Boy.” Still rough around the edges, he was a young pup among a group of established stars like Rasheeda (who he openly referred to as “big sis”) Khujo Goodie, Lil Scrappy and more — his star had only begun to shine.

Since advancing his career apart from his partner in rhyme and childhood friend, Dolla Boy, he transformed from a local celebrity — Tity Boi — known as much for his hoop skills as his flow — to an international phenomenon who regularly catches games courtside at LA’s Staples Center.

When he isn’t rubbing elbows with Jack Nicholson and Arsenio Hall, the current version of the now-polished College Park, Georgia-bred rhyme hurler is moving culture. While on-site at rolling out studios, he mulls over career-defining moments that include fashion-friendly accessories like the “millionaire frames by Virgil” he currently sports, his new ownership stake in a G League team and his now-iconic Pink Trap House.

The latter was part of an activation 2 Chainz did for his album, Pretty Girls Like Trap Music, which to date, is one of his most successful. It was also the site of massive crowds, church service, an HIV clinic, nail salon and more. Even as it has been remodeled and restored to align with neighborhood standards, it remains a hallmark that did Atlanta proud.

“I came up with [the] pretty trap house which happened to be pink,” he remembers. “I associated pink with being pretty. I had a bunch of ideas, a gang of ideas, everything from a pink store to the pink Chevy and it was just about making things that people thought [were] eyesores, absolutely beautiful.

“We got the house and it [got] tremendous feedback and [we] still get good feedback from it. Every other day I swear somebody mentions the trap house [and] when am I doing it again and I appreciate that. We did a lot of things that people are starting to do, so that’s dope.”

Click continue to read about 2 Chainz’s deal with Atlantic Records.


Posted in Covers and tagged 2 chainz, family, new group, No Face No Case, T.R.U., the real u, tru